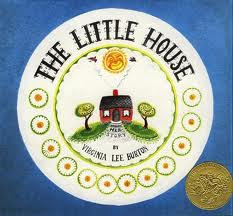 Though we've always made regular library trips, recently Coryn has started enjoying simply going to sit on their chairs and to look quietly at picture books. I always feel silly going to the library and leaving without checking something out (even though it is my general policy to return our current check outs before I take out new ones), so we've made several small trips where I've just picked up one or two new books.

I've already reviewed the absolute favorites from these last few trips, but here are some others that made the cut.

oH! by Josse Goffin is a rare "wordless" find. Every page starts with a simple picture that folds out into a completely different picture. My thought when getting it was that Coryn would enjoy turning the pages, which she does, but some of the pictures are items she is not really all that familiar with (an old fashioned tobacco pipe and a paddle ball racket, for instance), and that kind of confuses her. The book is a quick read, though if your child isn't inclined to be careful when turning pages, this probably should only be read while carefully supervised as the fold out format makes for easy tearing.

Tomie's Little Mother Goose by Tomie dePaola
Coryn selected this board book (she tends towards the board book shelf because it is smaller and easier to explore). It has a lot of classic nursery rhymes with sweet dePaola pictures. Some of the rhymes are a little different than the ones I grew up with, so sometimes I just go ahead and replace the reading with my own version.

Old Hat, New Hat by Stan and Jan Berenstain was a favorite of mine as a child. A bear goes into a hat shop to replace his old hat with a new hat only to find that every hat there is imperfect in one way or another. One is too flat, another too tall, some too big,and some too small. . . Some of this provides a good grasp of different shape words and opposites. It is also fun to try and come up with a voice for the hat that is "too scratchy" or a silly voice for the silly hat.

No Foal Yet by Jos. A. Smith
Bonnie the horse is due to give birth to a new foal but in spite of careful watching from Nora and her grandparents, the foal just doesn't seem to come. This is a sweet story especially if your child likes horses . . . or animals in general. The illustrations of farm life are also very appealing.

The Little House by Virginia Lee Burton
Ms. Burton's books usually involve steam shovels and trains and so were a favorite of my brother's when we were growing up. This little classic, however, is aimed at a softer crowd. The little house watches the country around her change to city, always curious but devoted to the rural setting where she was originally built. Parts of the book are very sad. As the countryside turns to metropolis Coryn asks me where the daisies in the house's yard went. Of course, the house ends up happily ever after after all.

Tickly Octopus by Ruth Galloway was a new find. I was drawn to it by a couple of reasons: A. The sea creatures involved are some of Coryn's old friends from "Finding Nemo;" B. The octopus is a tickler, and tickling is one of Coryn's favorite jokes. She likes to taunt me into tickling her whenever possible, so whenever the octopus tickles I have an excuse to tickle her.

A House for Hermit Crab by Eric Carle
I wasn't sure how Coryn would receive this book because it can be a little bit wordy, but it proved to be a winner. Illustrated in classic Carle style, the Hermit crab wanders about the ocean floor finding sea creature friends to help him decorate his new shell. The book introduces all sorts of interesting marine life and if a child is curious there are more detailed descriptions of the animals in the back of the book.

Who Wants To Be a Poodle, I Don't by Lauren Child
Coryn likes the Charlie and Lola cartoons, so I wanted to try out the books. Unfortunately our library does not have a large selection of these, so I decided to try a book by the same author involving a puppy, since Coryn is very into puppies right now. Trixie Twinkle Toes Trot-a-Lot Delight is a pampered poodle who does not want to be a pampered poodle. She has every comfort but is not allowed to get muddy or run around barking like other dogs. . .and her name is just silly. Coryn likes this story and the colorful, graphic pictures. Ms. Child's style of laying out text in fonts that twist and twirl about the page can be confusing for the reader, however. Still, if your kids likes dogs or is a girl torn between tom-boy and princess, this is a charming story.