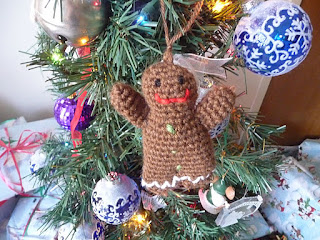 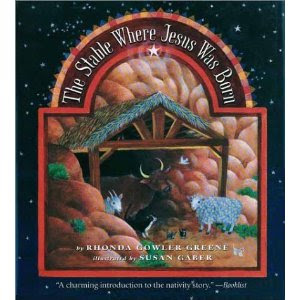 My husband worked Thanksgiving and the Friday after it, so we had our Thanksgiving festivities (a small meal for the three of us) on the Wednesday of that week. It was uneventful except for Coryn once again proving her appetite by asking for seconds of everything except green beans and thirds of stuffing and then still wanting to dive into the pie immediately. She ate more than I did, and I'm supposed to be eating for two.

I guess she just has a lot of growing body to feed. I finally decided I was curious about how big she really was (people are always expressing disbelief when they find out she isn't even four yet; she's changed clothing sizes three times already this year, and she's the biggest of all her little friends.), so I measured and weighed her and popped the results into an online calculator to see what her "percentile" was. At 44lbs and 43 inches, my daughter is 95% in weight and 97% in height, meaning that she is going to continue to be the tallest kid in her play circle for awhile to come.

But back to the subject of holidays. Since it was just the two of us on Thanksgiving, I decided to make the day more festive by putting out all of our decorations. Coryn really got into it. I had to change a few things around after she turned her back because she likes to cram all the decorations into one small space (like on top of my desk or on the tv stand), but it was nice to get her involved. We even decorated our tiny tree. The presents have already overwhelmed the poor little guy and we don't even have all the presents from the grandparents and relatives under it yet (though I've wrapped up everything I got Coryn and am resisting buying anything more for her, anything I find that I really think she would like can wait until her birthday in January).

Non-breakable decorations are the best, especially if the item has any imaginable play value (and most do). Coryn is obsessed with our manager scene and I have wished so many times that it was wooden rather than porcelain. So far she hasn't broken anything, but the clink clink clink when she makes the figurines "hug" or just move around together is unnerving. Still I want this to be accessible. When we set it up I took the opportunity to read a really nice nativity book I'd found at the library called The Stable Where Jesus Was Born by Rhonda Gowler Greene. It's a "this is the house that Jack built" style rhyme involving the events of the first Christmas. The illustrations are beautiful and it is a wonderful easy way to introduce the story to kids who may not be quite ready for the full out King James Version of events.

I'm trying to find nice Christmas traditions to make the most of every day of this season. I bought presents for some of her little friends and we're going to have a party soon to let her give them out. We've been invited to a cookie decorating party, and I've got my Christmas play list set up. Also I occasionally like to turn off the lights except for the tree lights and have her sit with me for some pre-bed caroling. We usually sing "Away in the Manger" and then she asks for "Jesus Loves Me" or something random. . .I think one time we did "Twinkle Twinkle Little Star" just because it is one of the few songs she knows all the words too and she really wanted to add it to the evening's program. I have been trying to introduce her to more carols, but it is hard to get her to give up old favorites in favor of new songs. She does like me to play her the youtube video of the "Celtic Women" singing "Carol of the Bells." It's fun to dance to.

Anyway, what else has gone on so far this season. . .I've been busy making hats for special orders with my crochet business. I found some time to make an ornament for the Mothers of Preschoolers ornament exchange. It's a gingerbread man, if you couldn't tell. Isn't he cute?
Labels: books carols children Christmas crochet crochet gingerbread man kid friendly thanksgiving