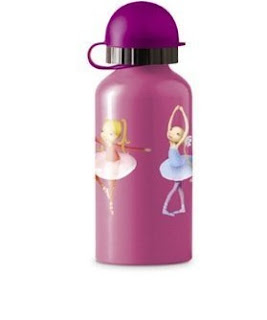 I love eggplant. Living in Japan, I usually end up using the smaller "Japanese eggplants" but the taste and texture is nearly identical. I learned one time when making Eggplant Parmesan that Coryn also likes eggplant. She kept taking the chopped, raw eggplant I had sitting, waiting to be breaded and fried. Now if I find some on sale or I have some around I want to use up, I just slice it and give it to her on a plate and she'll devour it.

Personally I prefer mine cooked. I had some awesome tempura eggplant (At least I think that's what you'd call it. It was obviously in tempura batter, but it also had a layer of something that tasted like the meat filling for gyoza/potstickers.) yesterday at a Japanese grocery store. We'd picked out a bunch of stuff from a deli section, chicken on a stick, some California roll style sushi (I prefer the sashimi style or at least tuna sushi, but I've temporarily cut raw fish out of my diet while I wait for daughter number two), the fore mentioned eggplant item, and a Japanese sausage roll. I've never actually tasted one of these rolls. Coryn grabbed it, assumed it was an all you can eat buffet and by the time I'd noticed had devoured half of it. I guess she was hungry. Basically what these are is a long, flat roll with a sausage and some other toppings (I think some sort of mustard or cheese) baked into the top. I tried to get her to stop snacking while I went up to the cashier at the end of the line of food who was supposed to package and bar code the food for us. It took a little bit of pointing and motioning (I know four or five Japanese words, including please and thank you) to get her to understand, but the attendant managed to add Coryn's 97 yen lunch onto the bar code she made for my other items, which was a good thing, because while I was distracted trying to make sure we paid for everything, Coryn finished off the last few bites.

My kid will eat anything. She's gleefully devoured octopus, snacks on vegetables, and has eaten raw onions when they were left unattended on the cutting board. I'm a picky eater, so I'm glad she didn't inherit that particular trait, though a lot of it has to do with Matt being a lot firmer about kids cleaning their plates than either myself or my parents (my mom would make myself and my siblings separate meals if we didn't like what she'd made for herself and my dad) and Coryn's Burke metabolism. I can't remember a time that I was hungry enough that "well you can't have anything else until that is finished" was a decent threat. Coryn seems to always be hungry, and if I am taking too long making her dinner, she'll just eat whatever is in reach, even if it happens to be broccoli. So far the only two things she absolutely won't eat are raw tomatoes (tomato sauces generally she'll eat) and (and I thought this one was weird) ranch dressing.

Of course, sometimes I feel I'm always in the kitchen because of this. If she goes an hour without asking for a snack, it is very possible that she is ill. Today, for instance, I had some friends over after morning workout/play date for coffee and hadn't had time for my shower because of this until almost 11:30, about when Coryn usually wants her lunch. I told Coryn I'd feed her in ten minutes and got into the tub. I heard her playing for a bit and then . . . quiet. Uh oh. Any mom of a toddler will tell you that as much as you long for quiet, it isn't always a good thing. So I wrapped my towel around myself and poked my nose out into our living/dining room area. She was sitting at the table with a fork and an open container of left over noodles she'd grabbed straight out of the fridge. That's another thing. Coryn doesn't mind cold food. She's eaten cold pizza, cold steamed veggies. . . all sorts of things. . .just because she's unwilling to wait for me to reheat it. I need to just start leaving containers with some sort of healthy snack available at all times so when she complains about being hungry I can just point to these. I started doing that with water. I keep her favorite water bottle filled and in the fridge at all times so that if she gets thirsty she now just goes and takes it out. That water bottle was an awesome purchase, except since it's pink with ballerinas, some of her girlfriends are jealous of it, and I've had to rescue it when it was borrowed by a toddler who assumes that the ballerina bottle obviously has better water than the plain bottle. Can you blame them? Look at the picture. This thing is adorable.

Oh, two tips for spending the holidays as a military family in Japan: Daisos have the best stocking stuffers and with everything under two dollars (I think the current exchange rate is 70 yen to the US Dollar, but I have a hard time keeping up with that. . .either way everything is 100 yen which comes to over a dollar but under two.), it's an awesome place to fill up the stocking with cheap items your kids will treasure, like a dollar store back in the states, but a little more exotic and I've found over all the quality is better than usual dollar store fare (though it is all stuff that will break after a few days of hard play, but there is a certain advantage to "disposable" toys. They only take up toy box space for a week or so and by the time the kid has decided to find out if they can be used as a hammer or can handle being jumped on, the kid is probably sick of them anyway). I got Coryn (who is make up obsessed) a little jeweled case of "solid perfume," some fancy hair accessories, and some of her favorite party poppers (where you pull the string and the fire cracker makes a loud pop). I will probably try to go back once Christmas is closer and we actually have the stocking up, but I'm trying not to over due it just yet.

It's also a good place to find some small Japanese trinkets (fans, knickknacks, origami paper, etc) to impress the family back home.

My second piece of advice is order/buy early then "keep it secret, keep it safe." . .and yes, I may have included this tip just so I could have an excuse to say that. I need to stop typing and get going. I'd like to include a detailed list of everything Coryn is getting for Christmas and the details about our park workouts (which are coming to a close as the weather gets colder), but I'll save that for another post.