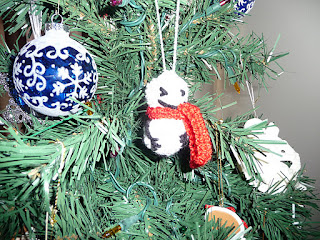 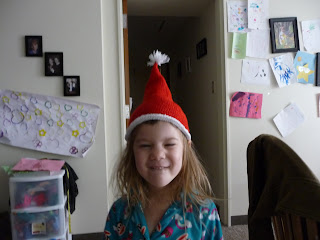 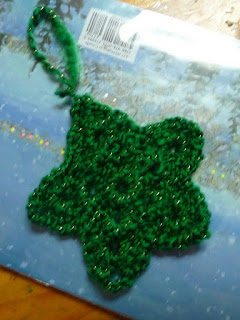 I have mentioned my crochet habit a few times, mostly incidentally, but it's a little more than a habit. In fact, it is a serious addiction and I can't concentrate if I haven't had a yarn fix. I may also be developing wrist strain and though Matt mocks my "callouses" I swear they are there.

At first he mocked my hobby in general and was a little bit put out when I made my first $80 yarn purchase (at $3 a skein it adds up quickly). Then I went to a craft fair with my creations and came back with almost $400. He hasn't questioned it much since then except to occasionally complain when the yarn and unsold creations (there aren't that many craft fairs open to non-Japanese speaking folk like myself in my area and in between the fairs my stock really builds up) creep like a glacier, so slowly that you don't even notice them moving, devouring closet space and eventually floor space in the middle of the living room. . .at which point I buy a new bin of some sort and push them back into hiding.

It's fun to be able to make things on demand, however. Today I'm trying to decide what items to make for a few friends I'd like to give a homemade ornament to for Christmas. I'm going through patterns I've book marked or pinned on Pinterest and I have come up with a few options. I've made two so far this afternoon and will probably try at least one more pattern today and a few tomorrow before I settle on a final pick.

There are a ton of free patterns available online. The first I tried was a snowman from a blog I discovered (on pinterest). He came out looking a little evil so I moved on to a star pattern that was more of a pain than I thought it would be but I'm going to blame that on my choice to use "homespun style" yarn which is always a pain to work with even though it is really pretty.

I also made (by piecing together different free patterns from lionbrand.com and just winging it) my daughter a Santa hat she'd been requesting and we took turns wearing it all morning. She looks like the front of a Christmas card, does she not?
Labels: Christmas crafts crochet crochet santa hat crochet snowman crochet star star yarn