I've discussed favorite shows before, and also how they relate to my goofy marriage. One of our mutual favorites is Castle.

If you aren't familiar (which you should be!), Castle is a story of a best selling mystery novelist (Richard Castle) who starts following a sexy but no-nonsense NYPD detective around for "research." Of course there is clever bantering, a love-hate relationship, and lots of chemistry. The dialog is awesome. The stories are inventive, and the characters are fun. Leads Nathan Fillion and Stana Katic are great, but they also have the supporting duo of Ryan and Esposito, two lower ranking detectives who trade quips with Castle and do Beckett's (sexy female detective) bidding. 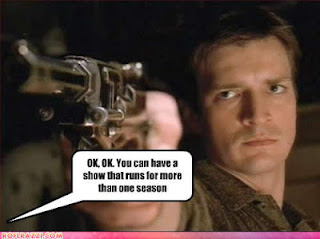 Ryan and Esposito have one of those TV bromances that are so much fun (Shawn and Gus, every buddy cop movie you ever saw, Rizzoli and Isles. . .well, that one is a sis-mance, that doesn't work so well). Ryan is a smallish Irish guy. Esposito is a very fit Hispanic dude.

So we were watching this Castle episode where the medical examiner pulled a bullet out of the victim and it turned out to be an old bullet, a really old bullet with two hundred years of rust on it. Castle's theory? Time traveling murderer, of course.

"That wouldn't work," I snorted. "If he time traveled the bullet wouldn't have time to rust." Matt gave me the "why are you trying to put logic into this ridiculous scenario" face.

In the next scene, Detective Ryan confronted Castle with the exact same argument.

It was then that I realized it:

"You know who I am in this series?" I asked Matt excitedly.
"Yeah, the dorky one," Matt said, obviously meaning Ryan.
"Does that make you Esposito?" I asked. Matt didn't deny it.

It's always fun to find your pop culture doppelganger. I just didn't expect mine to be male. 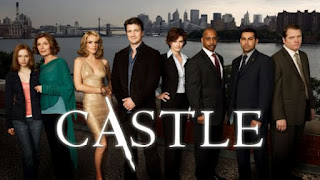