Skip to main content
Labels
June 05, 2012
I follow a blogger who is doing a tag post game and I thought I'd steal hers and try and do it too. Not sure who I'm going to tag yet, but hopefully I'll decide by the end of the post. . .If you want to be tagged, just consider yourself tagged and send me a link to the blog where you answered the questions. It'll be fun!!!

1. Post these rules.
2. Post a photo of yourself and 11 random facts about you.
3. Answer the questions given to you in the tagger’s post.
4. Create 11 new questions and tag new people to answer them.
5. Go to their blog/twitter and let them know they have been tagged. 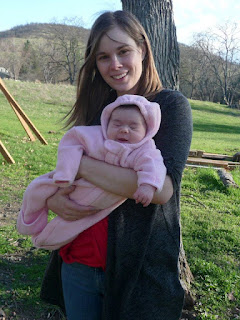 I always like to start these things by saying humans are pretty much incapable of being truly random, there are patterns everywhere, that's the one thing I learned from watching Numb3rs for five seasons or however long it was on the air. . .but that said, here we go.

1. I like bad TV and I'm not afraid to admit it. I don't like horrendous TV. I don't watch reality shows where the primary focus is people behaving badly. They have to be doing something interesting and the better behaved they are while doing it, the more I like them. That said I do watch America's Got Talent and Hell's Kitchen, those are my lowest points in TV watching. The reason this is first on my list is because I watched America's Got Talent this morning and plan to watch Hell's Kitchen later. See, not at all random. . .
2. Cats, cats, cats. . .'nuff said. .. well, that really isn't a fact and everyone knows I like cats. . .so. . .I'm kind of snobbish about the way I name my cats. I like to name them after clever literary or historical references, hence cats in my past have included Ivanhoe, Beatrice (after Dante's Beatrice, not Shakespeare's), and Nathaniel (Hawthorne).
3. I'm exactly the opposite with dogs. I've named three dogs in my life: Scooter, Cookie, and Abby.
4. I named my first daughter Coryn because I first heard the name (probably spelled more traditionally) in an episode of "The Prairie Home Companion." It was a little girl who gave a little boy a valentine.  I actually used my connections with www.thetolkienforum.com to choose the spelling. I had been a member there forever, so I posted a poll with Coryn, Corin, Corinne, and maybe two other choices and Coryn won out.
5. Claire got her name from Detective Mac Taylor's late wife on the show CSI:NY . . .somewhat. They did a flashback episode where you finally get to meet her (she died on 9/11 and before had always just been a part of Gary Sinise's character's back story) when I was pregnant and I thought, "Huh, that's a pretty name."
6.  I got a crush on my husband for the first time some time in middle school but didn't allow myself to use the word love for what I felt for him (because he was hard to get, mainly) until I was sixteen. We didn't become a couple until just before my 21st birthday, just friends before that, but I am very persistent.
7. I used to write a lot more and I often wish I could get the bug again. I always assumed I'd be a writer but life gets in the way and now if I am writing it is blogging rather than fiction.
8. My tea is now gone. . .I'm lazy.  . . two facts in one there.
9. Nine is my lucky number, because cats have nine lives and I was born on the 9th.
10. I consider myself a blonde but my hair has gotten a lot darker since I was a kid and it is  probably closer to brown now. I'm refusing to dye it because my hair is really healthy, if a bit unmanageable, and I don't want to start pouring chemicals on it.
11. My three favorite authors are: third place: Dostoevsky; second place: Kate Di Camillo; grand prize: J. R. R. Tolkien. Unfortunately only one of them is in a position to keep writing me new books to read. . .

okay, now to answer the questions from the original post:

1. Depends on what stage of being a kid. I changed a lot of times. I wanted to be something involving animals then an archaeologist then a writer for the longest time.
2. Used to be reading or writing but now it would be crocheting with either a favorite episode of Psych or youtube ASMR videos.
3. I'm very slowly working my way through The Killer Angels, a historical novel about Gettysburg. It's taking some time, not because of the subject matter, but because I don't usually spend my free time reading anymore. I don't care for audio books and you can't read and crochet at the same time.
4. I'd like to move back to Oregon, honestly. It's been hard for me, never living within visiting distance of family. Other than that, maybe Middle Earth or my own Mountain Fortress where my husband could be like a bandit prince and we could fight off the forces of evil or something. ..
5. Being able to stay up past midnight most nights but not regret it all day the next day.
6. I really like being married. I wasn't married when I was a kid (obviously) but I always wanted to be. I thought about getting married a lot. I picked out the man I wanted well before he was actually a man and ended up marrying him almost a decade later. It sucked being in love or even just in serious like at that age.
7. I like the beach and quirky little shops, the only kind of shopping (other than book shopping and online shopping) that I get into. I think it would be nice if Matt and I could get a real honeymoon someday. We never really had one.
8. I'm a crier. It works for me. . . well, tough days to me also need tea and yarn therapy.
9. It's hard to choose this. My mom always told me to content myself with the  Lord and He would give me the desires of my heart, which turned out to be true and I'm glad I held onto it. More recently my husband has been advising me to let go of anger I have against my dad for a reason I myself am unsure of. . .it's not like my dad was abusive, it's just that we can't seem to go very long without fighting about really stupid things, like how I make Koolaid is a favorite example.
10. I'd like to get back into writing as a hobby but aside from that, I guess painting. I love painting but it's hard to keep kids out of paint.
11. Blue has been my favorite color for the longest time, but it was purple when I was really little.

Now I get to write my own questions!!!