So Halloween is over and while there is much candy to be eaten (three different trick or treat sessions produce a lot of candy loot), there is no longer any reason to wear the costumes and our jack o lantern will come down in a day or two. This was actually Coryn's first time trick or treating in the states. She was too young when we were in San Diego and we were in Japan for the last three years. Things are different here in a lot of ways (it's a lot warmer for one thing. Japanese Autumns can be icy) and I ended up making a lot of negative comparisons which I really just want to rant about.

The thing is I am not big on negativity. I know everyone needs to blow off steam sometimes, but if you are negative more than you are positive, you start to get on my nerves. Ironically, my husband is one of the most pessimistic people I've ever met but he does not get on my nerves, mainly because he's also pragmatic and has this cynical sense of acceptance of everything which I also really appreciate (ie he doesn't complain aloud often). He takes a lot in stride and I find that both admirable and sexy. . .really sexy. (Insert tiger growl noise here). I think a lot of people do it because it is so much easier to sound clever when you are complaining or putting things down than when you are excited about something. I can think of a myriad of clever ways of criticizing any given thing, but it's a lot harder to creatively and interestingly tell someone how good something is. That's why I sometimes need to check myself when I'm on one of my rants. Am I just complaining to sound clever or is there actual edification here? Or am I just blowing off steam? And how often does one really need to blow off steam?

So tonight when I came back from trick or treating with a little bit of "ranter" in me, I thought I'd do my best to stagger the good and the bad in this post. After all, life (people, circumstances, fate, whatever) is a mixed bag and you have to put up with some caterpillars if you want to get to know the butterflies. . .I'll credit that quote at the end of the post because I want to see if anyone knows where it is from (it's from memory so I doubt it is exact, but if you know what that phrase is from, scroll down now and put it in the comments). People who "don't want to live on this planet" anymore after one bad encounter or who write off a business after one bad customer service experience or a restaurant after one badly cooked meal perplex me in a way. Does nothing bad ever happen to them that this is such a big deal? Have they never really had an off day and don't understand how people can mess up? Even with my recent annoying experience with Gymboree I tried to give them multiple chances to rectify the situation before I put them in my rear-view mirror.

So that's just a long preface to the actual post on Trick or Treating in Pensacola.

Negative one: trick or treating in cars.

We trick or treated for about an hour I was stunned by how many cars were on the streets. Ours is a very light traffic neighborhood and so I wasn't expecting to encounter a lot of vehicles, but they were a constant worry. Some were parked in the middle of the street with their hazard lights blinking, the (presumed) parent of the trick or treaters watching from a distance as the kids knocked on all the doors on the block, often with a cigarette in hand (why do people still smoke? Really, where have they been for the last . .I don't know. . .30 years?). Then, when their kids had cleared the area, everyone would load up in the car and they'd move over to the next street. I'm not a helicopter parent. I generally stay back at the end of the driveway and let Coryn go up to the doors on her own, so I have no problem with parents watching from a distance. It's the laziness of it all, for both the kids and adults. I remember when I was a kid tramping up and down street after street, sometimes in the pouring rain (never make a costume out of paper when living in Oregon. Paper melts). . .and this isn't a rant against "fat people." I saw plenty of heavy set people walking with their kids. This is a rant against laziness. Unless every single one of those cars belonged to someone who is physically disabled (which I consider a low probability), there is no reason to go trick or treating in a car. That's just ridiculous.

I wish I could've gotten a picture of this but I didn't want to embarrass the child or mother by asking, but I saw one of those parents you always hear about who had decked out their child's wheelchair as a bat-mobile  It was so well done that at first I didn't realize that it was covering a wheelchair; it was only a glance at the little boy that caused me to realize he was in the bat-mobile because he was too weak to even hold his head upright, and that jolt of sadness realizing that the boy was sick made me appreciate the care the family had put into constructing his vehicle all the more.

In my mind, if you are old enough that at first I can't tell you are a child, you really shouldn't be trick or treating. This goes double if you aren't even bothering to wear a costume. We only had time to answer the door for a handful of trick or treaters (well, a handful of groups, there were about three to five kids in average in each group so we may have had twenty or so altogether) before we were off on our own adventures, but of those handful at least two groups were what I consider way too old. The first was a group of three (not in costumes), the first two were maybe 13 and I thought, whatever, and gave them candy; they walked off and the person I thought was a parent just stood there. He was probably at least 6 feet tall and when he stepped closer and brushed back his hoodie hood I realized he was maybe 15 or 16. I gave him candy but said, "Oh. . .I thought you were an adult," which I'm hoping (and this is mean, I guess) embarrassed him a little, because seriously, what are you doing trick or treating at 16? And not even in costume? I'm interested to find out what the general consensus is for the cut off age now because I would've thought 12 or so. . .there was also a pair of teen age girls in super slutty superhero costumes who I really wanted to say something to. Seriously, if you have that much cleavage, don't go door to door asking for candy. Children don't show boobs. Adults don't go trick or treating. Pick one, please.

Coryn is so polite! It only took her a couple of houses of being shy before she got used to talking to people at the doors and managed a bold and audible "trick or treat" and "thank you, good-bye." She was also very brave. At one house they had a black, plastic bag curtain set up around the porch to create a "haunted house" look and a young man standing outside to warn people because some little kids had run away scared after going in so he was supposed to warn and assure them. Inside it was just a Grim Reaper statue with a motion detector arm so it "waved" when the kids approached. Coryn informed me, "That's not scary, Mom."  We didn't cover a lot of ground, but we managed to fill her plastic pumpkin bucket. Towards the end she started complaining that it was heavy. I told her if it was too heavy for her to carry she obviously had enough candy and we could go home. She stopped complaining for a few houses, then agreed to go home. To speed up the walk back I took charge of the candy, and dang, she was right. That pumpkin was heavy. I guess we got enough candy.

Okay, I mentioned earlier, I don't get why people start smoking in the first place considering everything we know about smoke, but a lot of people do, and a lot of people apparently need to do it so much that they can't stop for a few hours to allow the trick or treaters clean air. There were people sitting out on their porches, handing out candy, surrounded by visible clouds of second hand smoke. Why would you do that? Trick or Treating starts at dusk and is pretty much over by 8pm. Is that so long to go without lighting up? How do people like that hold down jobs with so many work places being smoke free?

None of it really matters. Coryn didn't notice any of the things I just complained about. Claire certainly didn't notice. She got candy. She had fun. I even got some exercise out of it if you could an hour and a half slow walk as exercise.

Oh and as promised the quote about the caterpillars and butterflies is from The Little Prince by Antoine De Saint-Exupery, a short book that has a whole lot to do about how I think about life and that actually got me through some low points of the last stages of growing up. 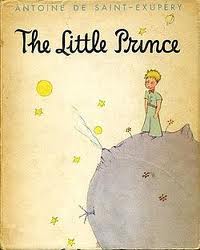