I don't know if any of you remember the Saga of the Squirrels from last month (chronicled here and here) but to summarize we ended up dropping off two baby squirrels to be cared for by the kind people at the Wildlife Sanctuary of Northwest Florida, a local non-profit that rescues wild animals that have fallen on hard times. In spite of my best efforts to get back there on one of the days they allow self-guided tours, we never had an afternoon where it seemed the right time. Today, however, they had their open house "Baby Shower" event and that I wasn't going to let my girls miss for the world.

WARNING: This is a picture heavy post and I am NOT a photographer.

My camera is cheap. My method is to take a picture with my left hand while holding the camera as far away from the baby on my right hip as possible and hope that the framing miraculously comes out okay. I am like that dog on the internet who has no idea what he is doing but somehow always manages to be in the driver's seat of something or other. . .

So the event was today from noon to 3 or so, and we managed to get there pretty much right at noon. Parking conditions were not perfect; there were cars lined up on both sides of the narrow street and I was surprised at how many people came to this event considering how tucked away the Sanctuary is (It's down a bunch of twisted back streets behind a school and what looks to be a gravel pit of some kind), but it is a nice little surprise when you find it. It's right in the middle of Pensacola, but there is a small pond, lots of trees, and the place just feels miles away from the suburban area that surrounds it.

For Coryn the best part was definitely face painting.

A couple of years ago we went to a party on base (in Iwakuni) where they had face painting but there was about a forty minute line so I convinced her to go do the other activities (bouncy houses, food, etc) while we waited for the line to thin down. It never thinned down, and she went home without face paint, and since then she has been scheming to get her face painted by hook or by crook. The tickets were four for a dollar or twenty-five for five dollars and face painting was six tickets, surprisingly reasonable, I felt. As a cheap mom it is nice to find family activities that don't cost $40 an hour (referencing an experience at a local zoo which was definitely over priced). The tickets were also used to play cute games they'd set up like fishing for rubber ducks and bobbing for jellyfish.

For a dollar you got a tray of fish to feed the pelicans, so of course we had to do that!

I gave Coryn her fish and set her out on a little dock to throw fishies to the birds below.

They had a lot of pelicans. . .and they were hungry. I turned away for a moment to take a picture of Claire and this happened:

One of the volunteers came over and pushed the greedy bird back off the dock telling him to stop being selfish (Coryn was never in any danger, but the snapping beak made her a little nervous, you could tell).

Still, every so often a pelican or two would decide to push the boundaries.

They are actually really big birds. You  don't think about  it until they are sitting right next to you eying your fishies.
So, what else was there. . .

Bird wingspan cutouts: my arm span is about equal to a great horned owl, if I remember right.

They had bald eagles, but none of my pictures turned out and a bobcat, but he was napping and wouldn't come out of his box for anything.

The girls loved this mini-zoo and I hope we can go back again soon. Unfortunately,  our squirrel was not there. A worker told me they get about hundred squirrels over "baby season" and have to release them as soon as possible, so our squirrels are already out there, running free. Good luck squirrels! 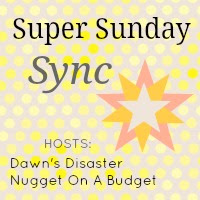