Not Quite Over Pluto Yet

I'm not the only one who has a feeling of loss about the whole Pluto thing. I mean, nine is my lucky number, so nine planets seemed perfect. Also, I would've much rather added on (I get that Eris is larger than Pluto and if we count Pluto we really have to consider Eris a planet as well, but I was okay with that) than taken away, so when they were listing all the "dwarf planets" that could be considered if we were truly to keep Pluto as a planet, I was all but putting up "Welcome to the Solar System Club" banners in anticipation of all these cool new planets to name and love.

and of course Interplanet Janet!


Some good things about it:

It shows human scientists are not infallible. They can be wrong. Things we "know" can change. That's just something kids need to be ready to accept. Adults can be wrong, even highly credited adults. There is nothing wrong with questioning long standing ideas. It keeps science from becoming dogma.

It allows for some discussion, helps kids become aware of other planetary bodies because we can't erase Pluto from the dictionary, not without throwing out a lot of good old books and educational entertainment. Now we don't just get to memorize the planets. We have to actually think about what a planet is and we get to learn about Dwarf Planets, the Kuiper Belt, maybe even the Oort Cloud. After all, what truly makes space exciting, what makes it the Final Frontier, if you will (Ocean floor still gives it a run for its money on that, in my opinion, but I digress), is the aspect of the unknown, that anything could be out there. If you want a planet completely devoted to sentient cats, you can have it. 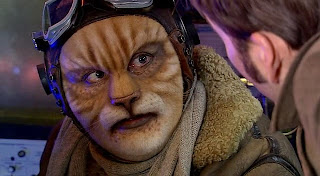 In a universe of infinite unknowns anything, however improbable, is possible.

So I may  be having  a hard time bringing myself to create a foam sphere model of the solar system because I'd have to leave out little Pluto or include God knows how many extra asteroids, but the opportunities for learning are only expanding.