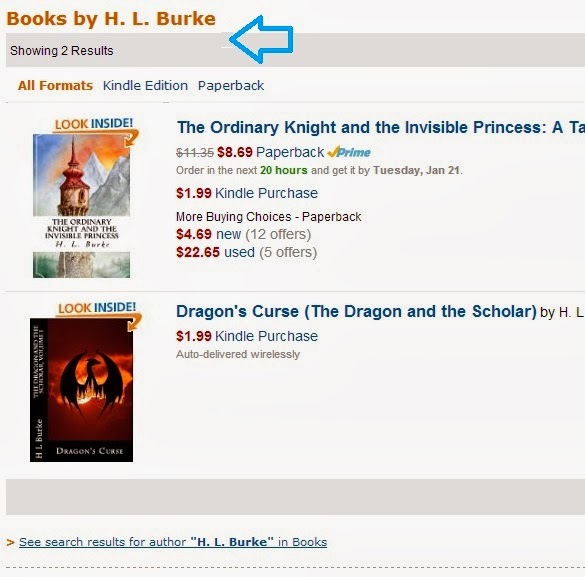 According to an article I read, most self-published authors do not see any real sort of income from their work until they have at least three books available. I currently have 1 1/2 books (Dragon's Curse is almost here, after all). However, as I have discussed in my "goals" post I have other projects in the bullpen in various stages of completion.

My original goal was to self-publish one book a year, but with my experience with Dragon's Curse I'm most likely going to increase that to two or perhaps even three books.

So for this post I'm going to give you a preview of the books I plan to make.

Dragon's Curse is the first in a four part series. I have written all four of these books, but I'm still in the rewriting process, currently focusing on book two. So my next three releases will all be in The Dragon and the Scholar series. Ideally one every four to six months. In order they will be (and I'm not giving synopses because to do so would risk spoiling events in the first book):
Dragon's Debt
Dragon's Rival
Dragon's Bride.

I have been very busy of late preparing these four books, and I  haven't been concentrating on writing new projects, but I plan to  change that.

One thing about being a writer is that I often have multiple endings and versions of any given story. Sometimes these various incarnations are different enough to make a completely new tale, but I want to be very careful not to copy myself too closely. Because  of this, selecting one piece for publication sometimes means there are three other pieces I'm putting aside permanently because they are too similar to the published piece and while I don't mind exploring the same theme or world, I don't want to be accused of being a one-trick writer.

So not all of these will see the light of day and most will be transformed a good deal as they each fight for my full attention.

Also, these are all working titles, nothing set in stone.

The Gods of Caed
Plot: The Pharaoh of Caed has been waging war on two fronts, using the captives as a slave army so he can build his great monuments and cement his own immortality. His son and heir, Tarvin, knows deep in his heart that he they are men not gods, a fact that becomes particularly clear when the prince falls in love with a Cho slave girl whose stubborn monotheistic beliefs mock the traditional Caedic gods. However, when three powerful beings appear, claiming to be said gods and demanding judgment upon the Pharaoh, Tarvin is torn between being with the woman he loves and saving the life of his father.

Lady Bea's Quest
Young Beatrice has always been unwanted. The orphaned ward of distant cousins, she grew up in the shadow of their three, spoiled children, wishing only to disappear to avoid their torment. When one day her wish comes true and Beatrice finds herself able to become invisible at will, her new abilities confuse and frighten her one friend, the palace teacher, called simply Tutor. Before she can become accustomed to her own powers, a mysterious old woman arrives at the manor with startling news: Beatrice's father is still alive and needs to be rescued from magical forces. Accompanying this stranger with Tutor at her side, Beatrice must learn to embrace her magical abilities and find where she truly belongs.

Sins of the Father
Caed Parker has struggled his entire life to distance himself from his father's reputation, for everyone in Silvana knows the story of how Edric Parker betrayed his fellow soldiers and cost their kingdom a chance at peace by stealing the very tribute he was supposed to guard. Just when Caed dares to hope he has freed himself of the stigma of his last name, Edric Parker escapes from prison. Suspicion swiftly falls upon his son, and in order to prove himself one last time, Caed enlists the aid of his young cousin, Mycah, and the quirky, half-fairy magician Tibine Lightlock, to bring Edric to justice once and for all.
(I'm sure you've noticed the name of my hero in this book is the same as the name of my country in book one. I'll eventually have to choose where this name belongs).

Exile
(A title I may have stolen from one of my all time favorite computer games)
Prince Ferren's comfortable life is ripped out from under him when his own father accuses him of high treason. Due to a superstition forbidden the execution of royal blood, Ferren's life is spared, but he is sentenced to a fate worse than death as a quarry slave in the southern reaches of his father's kingdom. However, a scrape with death and the pity of a peasant maid diverts his destiny.
Now an anonymous peasant Prince Ferren becomes Tom Longstep,  a man with nothing to his name but the loyalty of Twif,  the woman who saved his life.  Determined to  repay her and protect his new home, Ferren/Tom becomes the traitor his father had determined him to be as he leads the Woodsfolk in rebellion against the king.

The Smith of Endell
Jonas knows not where he came from or why his face is scarred so horribly for when asked his adopted father, the blacksmith Rolf, simply replied, "Fire." Living in a darkened kingdom, scorned by his peers for his deformities, Jonas grows up grim and solitary. However, when strange, hooded men seek him out, Ethelle, the Smith's wife panics and orders the boy to flee. Leaving the shadowy clutches of Endell castle for the first time, young Jonas is faced with hope and despair as he becomes aware of the two sides vying for control of the Kingdom of Endell and Jonas's very soul.
(This piece is the furthest along but also perhaps the most problematic.  Several years ago I wrote over a hundred pages of it before it got swallowed up by a plot hole and I haven't been able to look at it again since, but someday I am determined to bring it back to life.)

I have a few other ideas fighting for dominance right now. They are also the  most distinct works. The Smith of Endell is the closest I've come to "epic" fantasy. The Gods of Caed has a decidedly Egyptian feel and delves more into spirituality (though Smith is also a spiritual work once it delves into the "epic struggle of good and evil.). Lady Bea is very much a fairy tale and Sins of the Father honestly was somewhat inspired by me messing around with a World of Warcraft fanfic and has some of that "grouping for a quest" feel. Base on these descriptions, which of these stories interests you the most? Which would you be most likely to read?