Every so often I get on a "MUST SELL MORE BOOKS" kick and start googling things. Then I find out a dozen or things I'm so woefully not doing and maybe gather up the gumption to take on one of them.

The current item on my list is "Create an Author Press Kit." Apparently having a downloadable press kit on your website can lead to being featured on more blogs and even in print media like papers and magazines (I can dream, right?). For instance, I have some thoughts of courting the local newspaper in the city I grew up in for a piece (though since I don't live there any more and haven't in some time, they may not be interested).

A press kit usually includes things like an author bio, a press release about your current projects, and sample author Q and A.

(If you are interested in creating your own press kit there are a lot of good resources online. Here is an article I read and have been referring back to.)

Today I focused on the Q and A. These are the basic questions and answers I came up with. 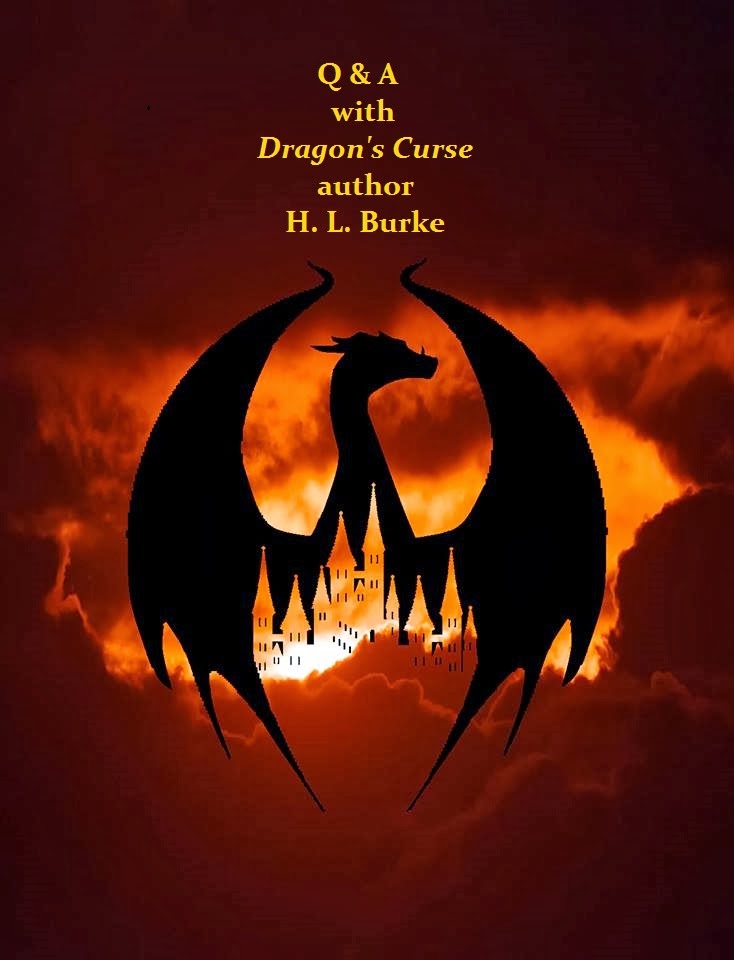 Tell me about your latest novel.
Dragon's Curse is the first in a four part fantasy romance series, called collectively The Dragon and the Scholar Saga. Without giving too much away (Spoilers, Sweetie), it involves the friendship that develops between a healer named Shannon and the dragon, Gnaw. Shannon's employer is a king with justifiable reason to loathe all dragon's, so Shannon has to keep her new friendship a secret and work to protect her scaly friend from aggressive knights.

What inspires your stories?
Fairy Tales! I love an element of the fantastic inserted into a familiar world and am a sucker for happily ever after.

Why did you choose self-publishing?
I had made some half-hearted attempts, submitting works to traditional publishers years ago and found waiting for rejections with no real feedback to be aggravating. Not being out for financial gain, I posted the first half of my two part novel A Tale in Two Parts online. Someone read it and took the time to tell me how much they enjoyed it and ask why I hadn't published. I thought, “Because it is difficult and expensive!” A little bit of research later, however, I realized it was neither, so I thought, “What do I have to lose?”

What did you learn through the self-publishing process?
How to find the help I needed. It is very easy to self-publish but difficult to do it well. From outside looking in, it seemed strange and overwhelming. I learn by doing, so I dropped into the world and started flipping switches and turning dials. I discovered things like Goodreads beta reader groups and the critiquing community scribophile.com which helped me improve my craft between my first and second book.
Self-publishing isn't so much a short cut as it is hacking your way through your own writing with a machete, hoping a full formed story lies on the other side of the jungle.

What are you currently working on?
I am in various draft stages with the follow ups to Dragon's Curse. They are all written, just not presentable. Rewriting is about 75% of writing. I am also writing a young adult fantasy called Beggar Magic set in a world where you can hear magic in the air as music. Rather than being a straight forward romance, the book focuses mainly on the friendship between two teenage girls, which is a new direction for me. I'm kind of selective in my personal relationships and have had relatively few close friends in my life, though those that I have do stand out as awesome. I'm generally more interested in writing about parent/child or romantic interactions.

Where are your works available?
You can find both my young adult novel The Ordinary Knight and the Invisible Princess: A Tale in Two Parts and my latest novel Dragon's Curse on Amazon. More information can be found on my website www.hlburkeauthor.com.