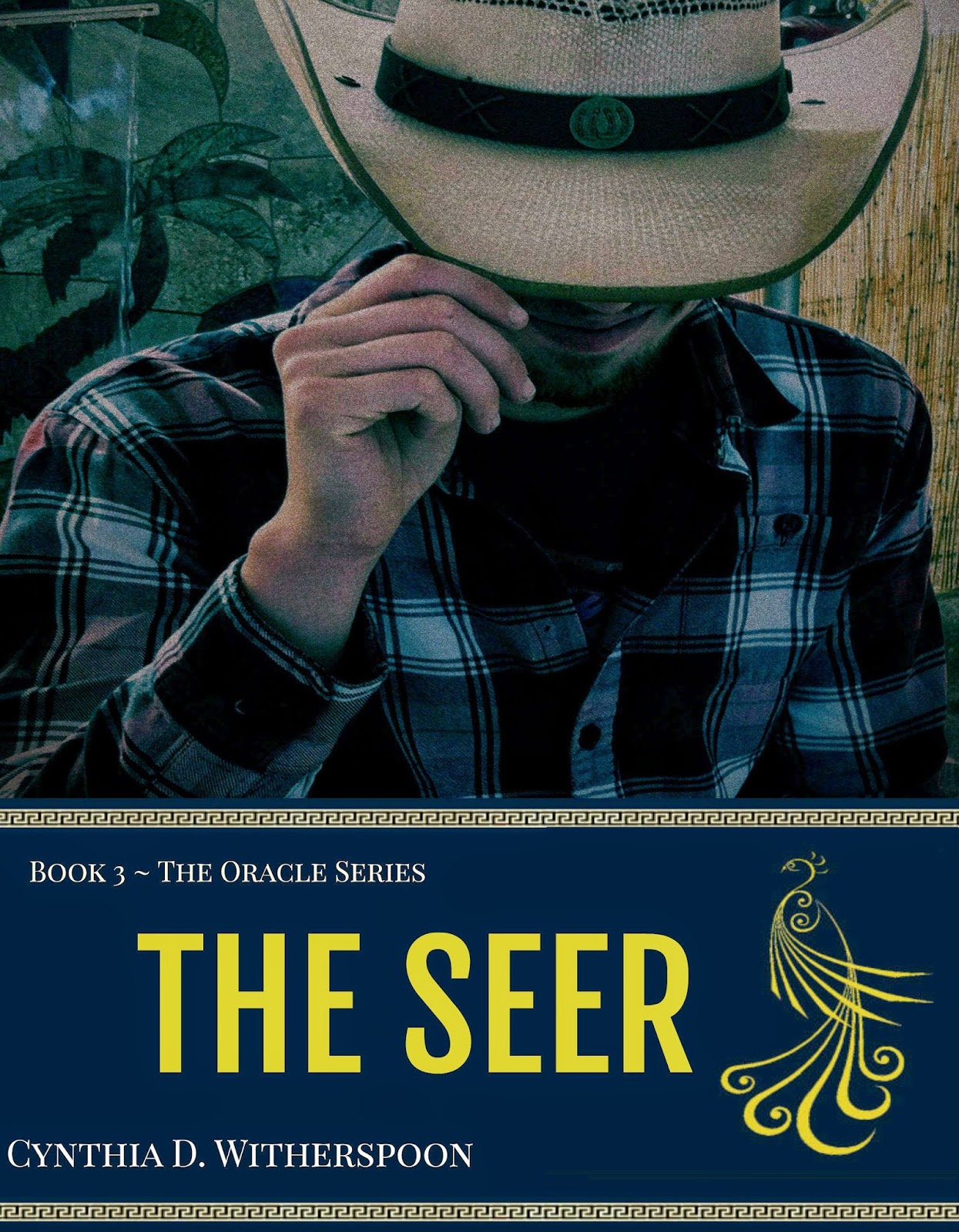 Blurb of The Seer by Cynthia D. Witherspoon

The past will foretell the future.

Eva McRayne has seen a lot during her short time as the Sibyl. She's spoken to
the dead. Fought against the Erinyes. But when she is faced by an entity no
one dares to speak of, Eva must strike back or lose the only thing she has ever
known.
Herself.


Excerpt of The Seer by Cynthia D. Witherspoon –
Available March 1, 2015

I ran as if my life depended on it. Somehow, even in this twisted nightmare of mine, I knew that it did.
Branches snapped back against my skin as I pushed through them. Leaves were crushed beneath my boots. The silence was the most unnerving part. I could feel. I could see. But there was no sound whatsoever.
Gone were the usual whispers which haunted my dreams. Gone were the voices of those long dead who clamored for my attention.
I was more alone than ever. Abandoned and discarded by the gods and dead alike.
I pressed against a tree in an attempt to hide long enough to catch my breath. My lungs were on fire. My legs ached from my run. Yet the moment I stopped, all hell broke loose. The silence was shattered as my hearing returned.
Dogs howled as they closed the narrow gap I had managed to make. Men shouted words I couldn’t understand as they gave chase. Hooves pounded against the forest floor and I knew they were coming for me.
This was it. The end.
And it was all for nothing.
I was convinced my heart was going to burst out of my chest as I resumed my flight. But to stop now would be my downfall. To slow down would be my demise.
Even as I ran, I understood my enemies’ fear. I was an unnatural. A monster made by a vengeful god. And I had done something horrible. Unspeakable. I knew this. I could feel my victim’s blood stiffening my clothes as each minute passed.
I just couldn’t remember what I had done. Had I struck out against Cyrus? Elliot? Joey?
Impossible. I wouldn’t hurt them. Hell, I wouldn’t hurt anyone without justification to do so.
Would I?
Flashes of memory flickered behind my eyes in a blur that matched the trees I was passing. Cyrus’ golden sword slashing downward. Hazel eyes widening with surprise. The sword coming down once more before the life in those eyes diminished.
I stumbled as a loud explosion knocked me forward. I slammed against the ground with a plea for mercy as dogs circled around me. The first rider slid his horse to a stop just short of where I had landed.
“You will murder no one else in this land, Skinwalker.”
Skinwalker?  I felt relief despite the fear gripping my heart. They were after someone else. Of course I wasn’t a murderer. I could be freed from this if the man would listen to me.
“No, please.” I managed as the man pressed the muzzle of his gun against my temple. “You’ve got to believe me. You’re wrong. I am not a Skinwalker. I don’t even know what that is. I am the Sibyl.”
“Either way, I will see you dead for what you have done.”
The resounding shot was deafening until the silence returned and with it, an eternal darkness my soul was all too familiar with.

Cynthia D. Witherspoon is an award winning writer of Southern Gothic, Paranormal Romance, and Urban Fantasy. She has been published in numerous anthologies since 2009. Her work has appeared in several award winning collections including Dark Tales of Ancient  Civilizations (2012) and PellucidLunacy (2010).