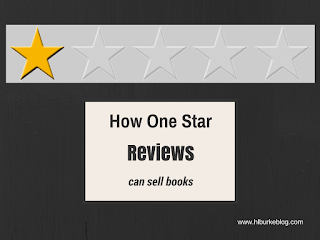 I'm subscribed to a lot of bargain book emails. Mainly because I frequently use them to advertise and like to track what sort of books are featured on each list, but also because I sometimes purchase books from those lists . . . I also like to see the pretty covers.
The other day one of the emails had a free book with an intriguing title and cover, so I clicked through to check it out. The book sounded interesting, but it only had ten reviews, a couple of which rated it lowly. So I skimmed down to the first low rated review. It said the book was "Not a thrill ride. A little slow paced."

So I immediately downloaded it.

Why? Because I dislike the frenetic pace of "thrill ride" books. I prefer a more leisurely read that lets me poke around and explore the world without having to worry because the characters are in mortal danger ALL THE TIME (See my list of top reasons why I stop reading a book here).

So I immediately brought this amusing anecdote before one of my writer's Facebook group and a lot of them just simply didn't get the point. I find the attitude frequently found in writers' circles is that negative reviews are "bad" or "unfair." This is unfortunate. Sometimes bad reviews can be frustrating (see my post here on what writers find annoying about reviews), but the "people shouldn't leave reviews like that. I wish Amazon would remove them. Please vote them unhelpful!" doesn't help the writers in the long run.

Here's why: the point to my story about the low-rated-review was not that the review was wrong to rate the book that way, it was that the review provided me information that caused me to actually download a book I was on the fence about. The low-rated-review got the writer a sale! (well, a free download, but I might've purchased if it weren't free, depending on my current budget ... I need to check that.)

I've seen writers actually state that a low rated review is preventing them from getting sales. One low star review is rarely enough to turn away readers, especially when you have the powerhouse of your Amazon sample right there. I've seen a general assumption that any low star rated review is from a "troll" or someone who willfully or stupidly misread the book.

It turns every low star review into an instant pity party where a bunch of other authors will pat you on the back and tell you how awful the reviewer is.

But as in the case of my story, sometimes that negative review is actually what you want, a review from someone who isn't in your target audience that might draw in someone from your intended audience ... Here are a couple instances where "negative" reviews might work towards you.

Reviews that can hurt sales . . .hmm. . . if a reviewer actually lies/misrepresents the content of the book, this can be an issue, and if your stats start to skew more negative than positive, it can also hurt you in the long run, but it can be a sign that you need to target your marketing a little better. Or maybe improve the book? Sometimes that actually is necessary. Take it down, edit it, fix the truncated ending, add in a strong female character . . .if enough reviewers are mad about it, think about changing it.


Still, remember: the average reader isn't rating the value of the book when they review. That's completely subjective. They are rating based on the experience they had when reading the book. This is where the writer gives up some control, but that's okay. You can't control life/readers/reviewers. So try not to fuss about them. If you really need to, stop reading them!