Over 300 years before the events of MERCY'S PRINCE, Prince Valerian's ancestor led several shiploads of people escaping persecution in a land across the Great Sea. They settled in a beautiful, primitive land which they originally called Frankland, after their homeland, but within a short time the settlers encountered dragons of all sizes. Some of these were deadly to the humans and their animals, and so they changed the name of their new land to Levathia. Here are the six major species. 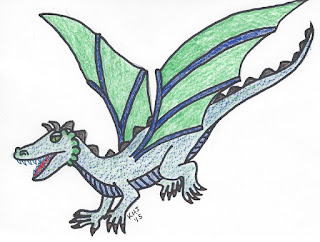 The great dragons: The largest is the blue-green Albinonix, who is 90 feet long from nose to tail with a 45 foot wingspan. He is almost 400 years old, a sentient creature who can speak mind-to-mind with a few gifted humans. The great dragons agreed to remain in the far north of Levathia when Valerian's ancestor made a covenant with them. Because of their size and ability to breathe fire, the great dragons are extremely dangerous, even to those who can communicate with them. 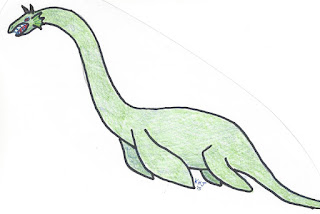 Sea dragons: These elusive monsters are thought to be at least as long as the great dragons, but they rarely come to shore and so sightings have been few and fantastical. Because of their size and temperament, they are considered to be extremely dangerous. 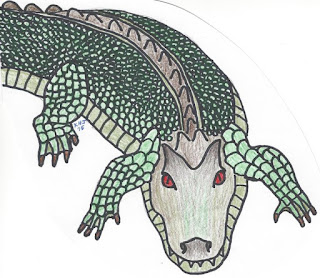 River dragons: These resemble Earth's saltwater crocodiles. The biggest ever killed was nearly 30 feet long, but most adults range between 10 and 20 feet in length. Coloring is a murky dark green, so they can more easily blend in with their environment. Because of their aggressive temperament and insatiable hunger, they are extremely dangerous to humans and livestock. 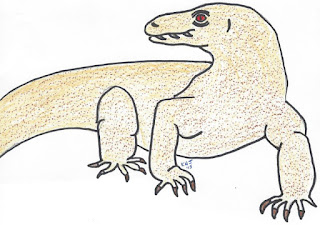 Scavenger dragons: These resemble Earth's komodo dragons. The largest measured was just over 12 feet, but most adults range between 6 and 9 feet in length. Coloring is sandy brown to blend in with their habitat in the Plains of Mohorovia and the border region of Levathia, including the Highlands. Occasionally a scavenger has been found ranging deeper into Levathia. Although not usually deadly to humans, they do harbor poison in their saliva and deliver a nasty bite, and so avoidance is recommended. 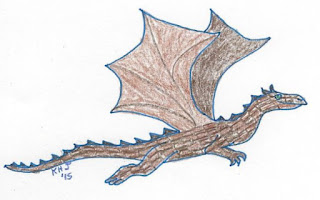 Tree dragons: These are smallish, averaging 3 feet in length with membranous wings used to glide from tree to tree. Coloring depends on location; the northern species has rougher scales to better hide on the trunks of their favorite evergreen trees, while the southern species has smoother scales to match the bark of southern trees. Not dangerous. 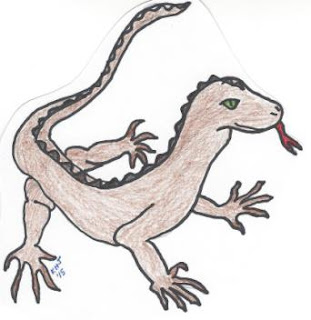 Burrowing dragons: These are the smallest dragon species, with the largest ever measured just over 3 feet from nose to tail. Most are between one and two feet in length. They resemble Earth's monitor lizards with ridges running along their backs, and live in burrows, eating mainly insects. Not dangerous, and in fact many people have kept them as pets.
These dragons can be found in the YA Christian fantasy MERCY'S PRINCE, which is exclusively available at http://www.amazon.com/Mercys-Prince-Katy-Huth-Jones-ebook/dp/B0115KNDS4 in paperback or Kindle format.
About MERCY'S PRINCE: A heart of peace in a time of war
As second son of the King of Levathia, seventeen-year-old Valerian desires the quiet life of a scholarly monk. But when he fails to save his older brother in battle, Valerian must instead become crown prince.

While a traitorous knight schemes against him, Valerian meets Mercy, a pacifist Healer with whom he can speak mind-to-mind like the great dragons. Their bond emboldens Valerian to seek out the legendary dragons and ask for their help against the monsters who killed his brother.

Can Valerian survive the traitor's assassins long enough to find the dragons? And if he does, can he convince them to lay aside their hatred of humans and help him save the land from destruction?
For more about the author, visit her blog http://katyhuthjones.blogspot.com
or follow her on twitter https://twitter.com/KatyHuthJones
Facebook https://www.facebook.com/pages/Katy-Huth-Jones-Author/318819684805145 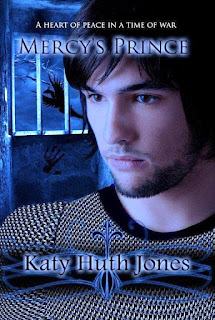