Today's guest who has dared to enter the HALLS OF DOOM is Lia London.

You can rescue a fictional character from certain death or resurrect them to live again. Who do you save? Alternately, is there a fictional character deserving of death who you would like to destroy?
The first one that came to mind was Professor Lupin from the Harry Potter series. I know I should have said the Weasley twin or Dobby, but I remember that seeing him laid out among the dead in the movie (even though I’d read the book) upset me the most, maybe because I’m a teacher. And I wouldn’t want to take away from Dobby’s glorious sacrifice

If you could enter any fictional world, which would you choose?


Well now my brain’s already there, so I’d have to say a post-Voldemort Hogwarts world. Like Harry, for whom it was all new, I found the creativity of what could be done with magic fascinating. I’d probably want to hang out with the Weasleys, especially knowing that Hermione would visit regularly. Smart, good, down-to-earth people who found a better way to wash dishes.

If I were to invite you over, what snacks would you bring, keeping in mind that fruit and dried fruit are not snacks?
Some of it would depend on what we were doing and if a bunch of other people were going to be around. If it were a large social gathering, I’d bring Ruffles sour cream and cheddar chips in the biggest bag possible because I’d need the carbs as comfort food. I don’t like crowds. If it was just us chillaxing, I’d get some really good Swiss chocolate. (Does this mean I get to come over?)

Who is your fictional best friend and what activities do you choose to do together?
I’m going with the first thing that popped into my head, even though it’s marginally off-topic: Atticus Finch as portrayed by Gregory Peck in the old black & white movie. Because he’s perfect. And he likes to read, so we could just curl up on the porch swing, and I’ll let him read to me in that big, deep voice while I just look at him. Yeah. That’d work for me.

You can time travel in an oddly specific way that only allows you to visit other authors. Where do you go and what do you do?
C.S. Lewis of Narnia fame and Sir Arthur Conan Doyle of Sherlock Holmes fame. With Lewis, I’d love to wander through assorted castle ruins while he talks about the spiritual journey that led him to write his various works. Why old castle ruins? Because I love the serenity of them. I love imagining the past. And they make me think of Narnia. With Doyle, I’d love for him to give me a walking and/or hansom cab tour of 19th century London and talk to me about how he created such great mysteries to solve. I guess I like to “talk shop” on location.

Most RPGs have three basic classes: healers, who heal; tanks, who protect other party members from damage; and dps who damage the bad guys. Which are you? Points if you’ve actually played an RPG and can tell me about your in game character.
I’m going to lose points here because when I saw RPGs, I wondered vaguely if it had to do with cars or computers. Of the three classes, though, I’d definitely want to be a healer. Yes, I have a fierce protective instinct, but generally, I’d rather be in the quieter mode of rejuvenating and empowering than blasting back the enemy. Unless, as per references in the first two questions, I pull a Molly Weasley and take out Bellatrix LeStrange. That was some awesome Mama Bear action there.

The Flying Dutchman is offering you three wishes. How do you maximize your wish potential?
Wow, that’s a hard one. I’m not one who really covets a lot of material things, but I might word things inclusively to say something like, “Perfect housing for myself and each of those I count as family” (which would throw a few friends in the mix, too). Perfect would then adapt to the needs of each person. My own home would not be large, but it would be all about location, location, location. A rugged, yet somehow sheltered, clifftop overlooking the North Sea sounds good. Beyond that, my wishes would be more like “ongoing opportunities for X, Y or Z” or “protection from A, B & C for myself and my loved ones”. Obviously I’m putting a premium on a level of security that allows for personal growth. It’s a fine balance to beat back complacency.

You find a talking animal. What sort of animal is it and what’s the first thing you do?
Squirrel!! I love squirrels. I want to leap around from limb to limb and shake my bushy tail. The agility factor would be so awesome when added to the knowledge that I’m immeasurably cute.

If this question were any question in the world, what question would you want it to be and how would you answer it?
Ha! Cheater pants! How about, “Who is one of your favorite indie authors, and why?” To which I would answer, “H. L. Burke has really caught my attention this year. She masters multiple genres as if she were a native speaker of each. Her world-building is rich and detailed, her characters are interesting, her use of dialogue is natural even when it’s being snappy, and I repeatedly read a phrase or paragraph and think, ‘Man, I wish I had written that!’” 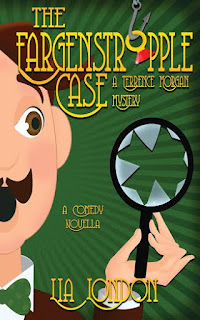 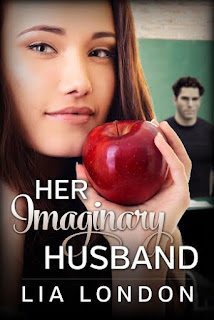 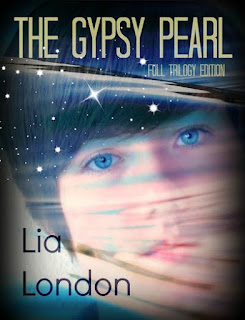