Today we salute Caren Rich, who obviously didn't know what she was getting into. (muhahaha)


Caren Rich grew up in a small town, in coastal Alabama.  The swamps and bayous have fueled her imagination and inspired her writing. Her short stories may cross genres but they are rooted in the history and culture of the South.   She lives on the coast with her husband and two daughters. All three are a constant source of inspiration.

You can rescue a fictional character from certain death or resurrect them to live again. Who do you save? Alternately, is there a fictional character deserving of death who you would like to destroy?
That's a tough one. I'd love to kill Bella from the Twilight Saga. She's way too needy.
Fill in the blanks. I am a were____ but I only turn when the _____. I am a were-mermaid-hybrid but I only turn when the moon is full during hurriance season.

Who is your fictional best friend and what activities do you choose to do together?  Fortune Redding from the Miss Fortune Mystery Series by Jana DeLeon. We play poker and watch Jackie Chan movies. Sometimes we go to the shooting range for target practice. She doesn't want me to say this, but I'm teaching her how to cook. She wants to surprise her boyfriend with a home-cooked meal.
What’s the most important lesson you ever learned from a cartoon?
Calvin and Hobbes taught me the value of childhood and an imagination. I've tried to remember that with my kids.
For the length of the day, you can replace all the world’s water with one substance of your choice (don’t worry. The sea life will adapt.). What do you choose?
Chocolate! That's an easy question.

Most RPGs have three basic classes: healers, who heal; tanks, who protect other party members from damage; and dps who damage the bad guys. Which are you? Points if you’ve actually played an RPG and can tell me about your in game character.
I've never played RPGs, I will go with dps. I love it when the bad guy gets his due.

Where’s my supersuit!?!?!?!?
I don't know where yours is, but I'm wearing mine. Did you check the laundry?

You are tasked with eliminating one letter of the alphabet. Which would it be and why?
X, he causes nothing but trouble!
If this question were any question in the world, what question would you want it to be and how would you answer it?
Who's your favorite superhero? Hmm, I would have to say Rogue. She's Southern and feisty. What's not to love? It also helps that have this streak of grey in the front. My kids tell me I'm going Rogue. 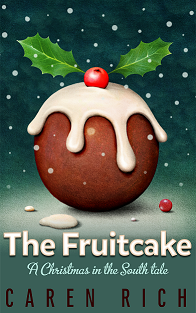 Tales of Christmas in the South 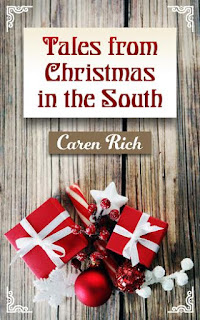