Today's guest who has traveled from afar, bearing gifts of awesome answers is Sharon Hughson!


Sharon Hughson grew up in as many fictional worlds as possible. Her love of reading inspired a life-long fascination with story. She writes romance, women’s fiction, fantasy and Bible studies. Her computer’s hard drive is filled with Bible lessons written for teenagers and women and short stories from a multitude of genres (not to mention FIVE unpublished novels).


In addition to full-time writing, she works as a substitute teacher at public middle schools and teaches women and teens, often presenting at retreats. She has published a Biblical fiction novella, REFLECTIONS FROM A POINDERING HEART, which reads like the journal of Mary. She also has three short stories published in anthologies. For links to these: www.sharonleehughson.com/books/


Sharon resides with her husband and three cats near the Columbia River in Oregon. Her hobbies include, walking, hiking, reading, playing the piano and scrapbooking her family’s memories.


Ninja skills delivered under the cloak of invisibility. Those aliens wouldn’t know what hit them. Literally ☺

Words that slitherMen that ditherEggs that wither
Make it winter
(Sorry! I am a notorious perfectionist. Poetry must have rhyme and rhythm. I’m a control freak about this point, so other than my poem making no sense, I don’t know how Vogon it is. Guess we can read it to some people, and if they scream and try to cover their ears, we know it is a Vogon success.)

I have adored many books. When I read Inheritance and Harry Potter with my sons, I immersed myself in those worlds. The truth, however, is that I would have to go to Narnia. Through a wardrobe rather than a picture, thank you very much. When I was twelve, Narnia became a haven to me when my parents separated and then divorced. I’ve revisited with the same sense of magic dozens of times, and happily shared it with my children, reading the entire Chronicles to them in our after diner read-aloud times when they were preschool and elementary-aged.

Man, I adore Bree the talking horse C.S. Lewis created, but talking horses have been overdone, don’t you think? I’m guessing I’m lost in the jungle. Mesmerizing green eyes haunt me from the shadows. A black panther. He opens his mouth and tells me he’s my spirit animal. We find our way out of the jungle (after lifting the elusive cure for cancer from some Head Hunting tribe of cannibals) and save the world from the evils of cancer, which puts us on the WHO watch list, but who cares? I have a talking panther spirit animal.

I think I’m too much of a home body to fully appreciate the cool factor of teleportation. Telekinesis on the other hand – so many opportunities to blow people’s minds.

Sirius Black is coming back (Harry Potter and the Order of the Phoenix by J. K. Rowling). He fell into that strange gate. Didn’t he have a slice of Harry’s magic mirror with him when it happened? Harry (and Hermione and Ron, of course) quests into this eerie land of the dead and brings Sirius back. They all live happily ever after (once the whole Dark Lord issue is dealt with).

You’re right. I do have superpowers. I’m invisible. It’s amazing what you can learn when people don’t know you’re there, listening to every word. Getting shoulder-slammed or squashed toes, however, is a sizeable drawback. And of course I only use the knowledge I learn to make the world a better place.

I’m not much of a history buff, but the idea of traveling back to watch some of the world-changing events of the past really appeals to me. I’d probably have to visit the Roman Empire, but not on the Ides of March, and head to Israel during Christ’s triumphal entry (and then head back before the crucifixion, because my emotions wouldn’t be able to handle seeing that first hand.) How about traveling to the moon to witness the first ever moon landing? Or listening to Thomas Jefferson and the others debate the wording of the Declaration of Independence? Too many adventures to have – oh, and time is no object. I’m in!

Is any author interview complete without the “when did you start writing and why” inquiry?
I have always made up stories. Seriously. The first one I wrote down was called “The Horse Killer” and I was nine. It reflected the books I was reading at the time (mysteries) and my obsession with horses.


As I aged, I wrote more stories (based around friendship and romance, a teenage girl’s bedmates), essays, poetry,  3 and poured my emotions into spiral notebooks, the mature girl’s answer to a diary. (We call these journals in the adult world.) When my parents began fighting and eventually divorced, I escaped into books. Narnia saved me from certain destruction. Thus, I desire to write stories in fantastical worlds that allow others to escape the pain of reality for a few hours. If they offer up important themes, books are better than therapy. 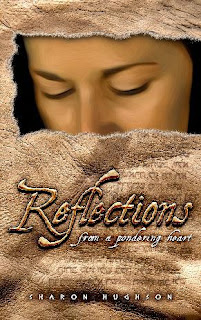 Reflections from a Pondering Heart 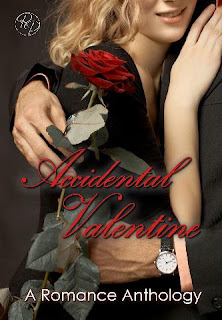 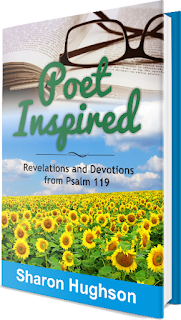