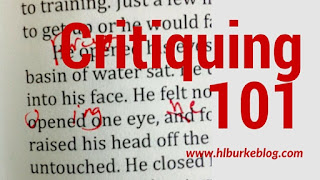 
There is nothing more frustrating than a critique and with a general observation about a specific problem.

“I saw a couple of typos” does not help me fix them. They could still be anywhere.

“Some parts dragged a bit” doesn’t tell me where.

“The dialog was awkward in places …”


Why bother to say anything if you aren’t going to point it out specifically? Give examples from within the text. Write your comment right next to the offending passage. Don’t expect the author to guess where the awkward dialog is lurking. If they thought it was awkward, they would’ve fixed it. Occasionally you can take this input and look at all the dialog for awkwardness and maybe figure it out, but if you aren’t sure which parts the reader considered awkward and which parts they considered okay, it can be really hard to take action on it.


Some tips for being specific: if you are in a setting where you'll be giving your input out loud rather than being able to write it down on the piece or circle a problem passage, try taking notes. If you were confused try to note where the confusion started and when things finally became clear, and what was your confusion about? Did a specific occurrence not make sense or could you just not picture the action?

If the person hedges or backpedals at this point, it can be code for "I wasn't actually paying attention while you were reading your chapter and just made something up to hide it."


Caveat: It's okay to give your overall opinion on the piece. Sometimes, "The middle dragged a bit" is just what the author needs to know.
Labels: beta reading critiquing groups input peer review rewriting writers writing