This week our guest is boldly going where no man has gone before (because all my previous guests were female): James Farner!

You can rescue a fictional character from certain death or resurrect them to live again. Who do you save? Alternately, is there a fictional character deserving of death who you would like to destroy?I don’t like to save characters from death. It ruins the sadness. Sometimes it’s best for favourite characters to die because it makes them more meaningful. The only person I’d resurrect is Joffrey Baratheon just to piss people off.
I’d like to murder Harry Potter in the first book so we don’t have to endure anything further of Daniel Radcliffe’s horrific acting skills.

If I were to invite you over, what snacks would you bring, keeping in mind that fruit and dried fruit are not snacks?Trick question. If you were to invite me over I wouldn’t come.

Who is your fictional best friend and what activities do you choose to do together?Geordie Peacock from Our Friends in the North. Education time: This is a BBC series and was Daniel Craig’s (James Bond) breakout role. We would likely be getting in trouble with gangsters and the police.

You can time travel in an oddly specific way that only allows you to visit other authors. Where do you go and what do you do?
I would likely go to a virtualised platform to virtually meet other authors in a virtualised virtual land. Then I would spend too much time talking about pointless things when I should be writing.

Most RPGs have three basic classes: healers, who heal; tanks, who protect other party members from damage; and dps who damage the bad guys. Which are you? Points if you’ve actually played an RPG and can tell me about your in game character.
DPS. Based on my time in World of Warcraft (troll shadowpriest and human rogue), the tank is the person everyone blames and the healer has quite a boring time of it.

The Flying Dutchman is offering you three wishes. How do you maximize your wish potential?
I wish for a genie in a lamp.

If you favorite historical era had an ice cream flavor made in its honor, what would it taste like?
For the Victorian era, I would opt for the taste of poverty. It’d leave an ashen taste in your mouth and you could only watch it through the window of the Winter Palace in Russia, whilst a load of rich people who have never worked a day in their lives swan around at a ball.

If this question were any question in the world, what question would you want it to be and how would you answer it?
Can I leave now?
The answer would be yes.

James Farner is a professional writer from Leeds, Yorkshire. He’s an obsessive follower of historical fiction and has published Made in Yorkshire and the War Years. He’s a travelling author and currently lives and works full-time travelling around the world. 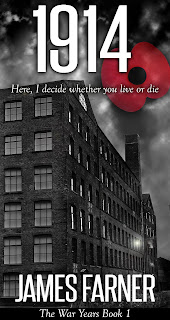 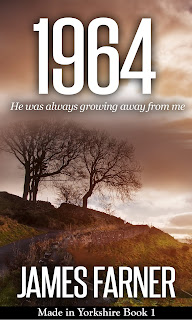 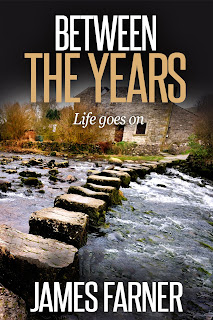