Release Day and 10 Things about CORA AND THE NURSE DRAGON!!! 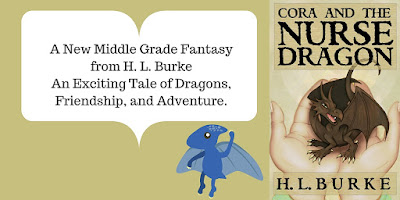 In honor of this auspicious day, I have written a blog post with 10 awesome bits of Cora and the Nurse Dragon Trivia ... ENJOY!

10 Secrets of Cora and the Nurse Dragon


And this is somewhat related, somewhat unrelated. You notice that Rhett and Link feature in two of the answers above. I follow these guys on Twitter/Facebook/Whatnot and recently when they did a "shout out" for questions involving morning routines, I answered (probably along with several thousand other people) ... but anyway, then THIS happened.
Best author moment of the year so far (starts a little over 3 minutes in if you want to skip to the related bit).