Don't Rely On Friends/Family for Reviews 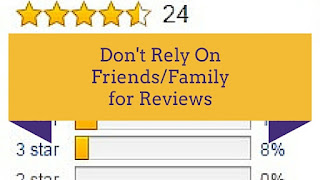 I've seen a lot of writers upset because their friends and family aren't leaving reviews or buying their books. They don't feel they are being supported because their loved ones don't value what they are doing enough to write a few words on Amazon … and I can get that the silence may be a little hard. After all, if our friends and family don't think our books are worth their time, how can we expect strangers to like them?
However, there are many, many, many reasons why you shouldn't count on your friends to review your books … and to some extent some reasons why you might want to consider outright discouraging them from doing so. I'm going to ramble off a few of those and then end by suggesting a few things friends and family might be able to do instead of reviewing that could help you out.

So why shouldn't you beg and plead for your friends to review your books? 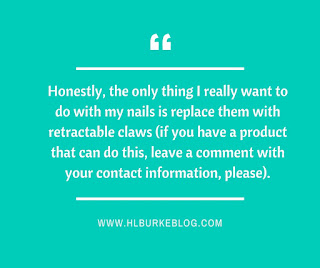 So if your family does want to help you out but you don't want the stigma of “friends and family” reviews, what can they do?


There are ways to find legitimate reviews, and if you just write a book people want to talk about, reviews will come in, slowly but surely.
Labels: amazon authors family friends indie reading reviews writing