Today we have invited author Marianne Sciucco over for a night of dancing and blooming onions! (BYO Blooming Onion) Let's see what she has to say!

I'm not a nurse who writes but a writer who happens to be a nurse. A lover of words and books, I dreamed of becoming an author when I grew up but became a nurse to avoid poverty. I later brought my two passions together and write about the intricate lives of people struggling with health and family issues. I grew up near Boston and earned my Bachelor's degree in English at the University of Massachusetts at Boston. I spend a lot of time on Cape Cod. I also survived nursing school and when not writing work as a campus nurse at a community college in New York’s Hudson Valley, where I live with my patient and reliable husband and beautiful, brainy daughter. We are ruled by Mr. Chance, a cat we rescued who thinks he rescued us. I'm currently working on a YA novel, "Swim Season," about the new girl on the team who challenges a longstanding school record, to be released in 2015. A dedicated Swim Mom for ten years, you can find me during swim season at one of many Skyline Conference swim meets cheering for my daughter and her team. 25:00!

If you could enter any fictional world, which would you choose?
I would love to enter the world of Jane Austen, and her novels Pride and Prejudice, Emma, and Northanger Abbey. Life seemed so much simpler then, and more romantic. No telegraph, telephone, or internet to interrupt your thoughts or run your days. People wrote letters! And waited days for a response. Compared to today, time seemed to stand still. There were simple pleasures: flirtations, friendship, indulging in the arts, literature and music. For excitement there were grand balls, languorous travels throughout the English countryside, and exhilarating trips to London. Of course, if I were to live in that time I would be one of the wealthy, and not a poor relation or even worse, a maid. In those circumstances, I suspect life would not be so idyllic
Favorite flavor (of what? EVERYTHING!)?
Chocolate, of course, and chocolate everything: ice cream, cake, cookies, and milk. Even chocolate beer, especially a porter.
If you had a store, what would you sell?
That’s easy. I often say if I won the lottery I’d open an independent bookstore in my city. I’d call it 21st Century Books, keep little stock, and publish anything my customers wanted in five minutes with the Espresso Book Machine. I’d also have kiosks available for people to download ebooks on a whim. And there’d be a meeting room where I’d host book clubs, writers’ groups, and conferences. And of course there’d be a coffee bar with scrumptious desserts and an array of hot drinks.
If your favorite historical era had an ice cream flavor made in its honor, what would it taste like?
Since we were talking about Jane Austen’s time earlier, I’d say a rich vanilla bean. Or peppermint. Peppermint’s good.
If you could live inside a theme park ride, which would it be?
I’d have to live inside the Spiderman ride at Universal Studios in Orlando, Florida because U2 does the soundtrack.
If I were to invite you over, what snacks would you bring, keeping in mind that fruit and dried fruit are not snacks?
Smartfood. There’s never enough of it. And I can lick my fingers.
If you could have any job in the world, what would it be?
Bestselling novelist, with a back list to support generations of my family, movie deals, honorary degrees from the best colleges and universities, and the freedom to go, be, and do whatever I want.
You're the next Disney princess. What fairy tale is your full length movie and how would you use your new ability to control woodland creatures?
I am Thumbelina, because I’ve always wished I was smaller. And she’s a great singer and I love to sing, although no one loves my singing. I’m like the CEO of Match.com and teach the woodland creatures to play matchmaker with unwitting humans, helping them to each find their soul mate and match. Of course, I find mine, and he’s a prince, with a castle and a recording studio. I soon sweep the Grammy’s dressed in Versace. Taylor Swift, Beyonce and Adele cry. Now that’s a fairy tale.
If this question were any question in the world, what question would you want it to be and how would you answer it?
Would you rather increase the length of a year or the length of a day?
I’d make the days longer so I can get it all done and sleep more. 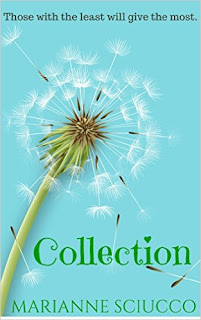 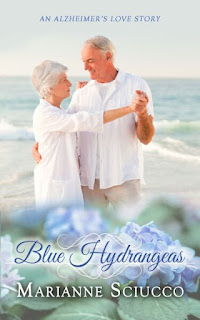 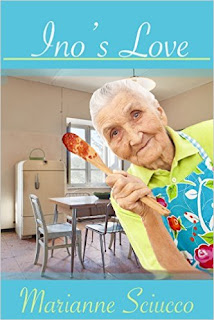