Today we have followed the footprints into the snow and cornered the elusive S. J. Henderson. Let us listen to her feral cries!

S. J. Henderson is the author of the DANIEL THE DRAW-ER series, as well as several not-yet-published Young Adult novels. She also founded the Kid Authors program, which focuses on helping school-aged children find their stories and publish them!

S. J. lives in Michigan with her husband and four wild boys. When she is not writing about talking cats and magic pencils, S. J. can usually be found riding one of her family’s horses or drinking a little bit of coffee with her creamer.

During an Alien Invasion what would be your weapon of choice?

I remember watching a show (Mystery Science Theater 3000, maybe?) when I was younger and they used to make this joke about ray guns and President Reagan. I thought I was the only one who remembered that, but when I read this question to my husband he didn’t even hesitate before saying, “A ray gun!” It makes me feel better that I didn’t just make that whole thing up.

To anyone under the age of 35 reading this, I’m sorry for making your eyes glaze over by talking about the olden days. I’ll snap out of it soon.

In my books, DANIEL THE DRAW-ER and DANIEL THE CAMP-ER, aliens invade and they apparently don’t do well with bubbles. So I guess that could be my back-up plan.

If you could enter any fictional world, which would you choose?

Harry Potter, especially when there’s none of that Voldemort/Death Eater nonsense. Let me wander around Hogwarts and Diagon Alley for the rest of my life and I’d never ask for anything else. Except maybe a check for six million dollars.

Favorite flavor (of what? EVERYTHING!)?

So, I really, really like peanut butter. Even more than chocolate, which seems impossible. If calories weren’t an issue, I could eat an entire jar of PB. I’m really sorry for anyone with allergies—I hope I didn’t make any airways close up during this answer.

Who is your fictional best friend and what activities do you choose to do together?

My fictional best friend would probably be Peeta Mellark from THE HUNGER GAMES series. And, of course, I mean the version of Peeta where he isn’t trying to strangle his friends or push them into deadly oil slicks or whatever. He’s adorable. He can paint. And he can bake, which probably means cookies and cake 24/7. Sold.

I don’t know what we would do together, but it wouldn’t involve a death match in Panem, if that’s what you’re thinking. Certainly there must be something fun to do that doesn’t involve revolution and Gamemakers, right?


Congratulations! You’re the supreme ruler of the universe. What’s your first act?

Ponies. Ponies for everyone!

Albus Dumbledore from the Harry Potter series. (I sure hope this isn’t a spoiler for anyone). I sobbed like a baby when I read Half-Blood Prince. Geek confession: I totally own the Elder Wand, which fellow nerds already know to be Dumbledore’s wand. He was my fave.

For part B of this question... Hmm. I guess I’ve never given it much thought. This isn’t really a kid-friendly or clean read, but by the time I finished GONE GIRL I pretty much wanted to destroy all of the characters. Brilliant writing but the worst ending ever.


… So bad it’s good, right?
(P. S. Not really my Vogon poetry. Ganked this from Rebecca Black, but shhh!)

Time travel. I’m a very sentimental kind of girl, so I’d love to be able to go back in time and visit the people and places I miss. Losing someone wouldn’t be as difficult if you could just flip a few switches, rev the DeLorean up to 88 mph, and go say “hey” again.

Man, all of these 1980s references are making me feel ancient.

“How would you like me to address this check for six million dollars? Is S. J. Henderson okay, or…?” 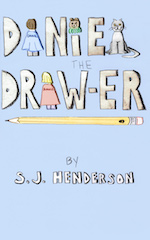 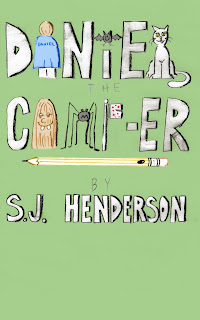