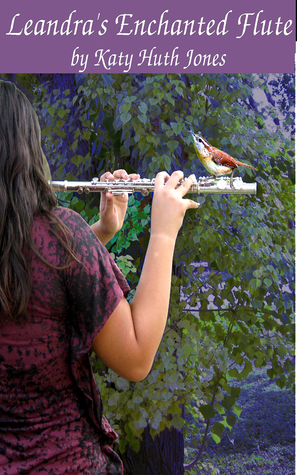 Fourteen-year-old flutist Lee Ann Graves is a survivor--she has beaten cancer. But her greatest battle is yet to come.

The Carolina wren who has sung outside her window during the long weeks of chemotherapy reveals himself as Songcatcher. He knows Lee Ann’s real name is Leandra, and he transports her and her flute to a magical world that is dying because of a growing world-wide “canker.”

Leandra is restored to health and her flute transformed by what magic is left in the world. But as she searches for the source of the canker, the malignant forces take their toll, not only on the land, but on Leandra’s physical and mental well-being.

With the help of Songcatcher, other bird friends, and a very human prince, Leandra must find a way to heal the land she has learned to love before it is too late.


Portions of this book made me feel as if I were watching a Disney cartoon, especially the talking birds. Groundeater, the Ostrich, was hilarious. I loved the imagination of the world and the characters. My only complaint is that I wanted more history/theology/mythology behind the blight. It was closely paralleled to the main character's cancer, which I liked, but it did make for a very faceless villain. I was kind of expecting there to be more of an explanation, which might've been the point, that sometimes evil is just evil, there isn't a monster or a person behind it, it just happens, the way disease happens, but I still wanted that in the end.
That said, I read through this ridiculously quickly. I think I got to 75% of the book one afternoon. It's a great fantasy read.
Labels: books Cancer survival fantasy Katy huth jones reviews writing ya