Today we sing the welcome song to Jenelle Leanne Schmidt!
This is your welcome song, it isn't very long! HEY!

Jenelle is one of those rare and elusive creatures known as an "author." She enjoys hanging out in darkened corners of coffee shops, sipping hot chocolate and carrying on animated conversations with those strange and invisible beings known as "characters."
If you spot an author in this scenario, it is best to not intrude (unless it appears that the character is winning the argument with the author, in which case your interruption may be most welcome... at least, by the author).
Another place authors like Jenelle enjoy spending their time is out of doors, preferably near a lake or pond, with a notebook and pen in hand. If you happen upon an author in the wild like this, it is best to proceed cautiously. Interrupting at this juncture could be most hazardous to your health.
As most other authors, Jenelle is a bit shy and timid, though her friends would disagree with that statement. Her favorite genres to read and write are fantasy, sci-fi, and fairy tales. 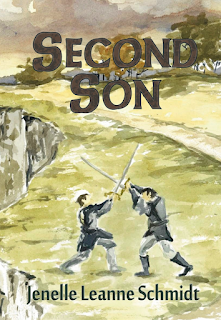 
What’s the most important lesson you ever learned from a cartoon?
There’s only 104 days of summer vacation.

You receive a contract that allows you to have any pet you want (mythical or real) but in return you have to spend a week AS a pet to a mythical creature of your choice (dragon, giant, sphinx?). Do you take it or do you decline?
That is quite a rare and precious contract. I would definitely accept. First, I would be a unicorn’s pet, because unicorns, as a general rule, are quite gentle and relatively harmless (not Anne Elisabeth’s unicorns, though... I don’t know that I’d survive that!) I cannot imagine that being a unicorn’s pet would be unduly difficult or dangerous. After finishing my week, I would receive a beautiful, magical, ridable, flying, fire-breathing dragon as my very own! Definitely worth it.
Would you rather travel to the past or the future?
This is a hard question, actually, because both are quite intriguing. The future is unknown and exciting, but I would also be very interested to see certain historical events as they unfolded with my own eyes instead of through history books and writings. Imagine being able to witness the battle between Xerxes and Leonidas, or Moses talking to the burning bush, or travel with Shackleton on his trek towards the South Pole, or go see baby Jesus in the manger!
But either direction I choose, I’d only go traveling through time if I could do it in the TARDIS with Ten.


Who wrote the book of love?
I wonder. I wonder who.
Actually, I had to look up the song, because I’ve never heard of it before... because if it isn’t country music, I’ve probably never heard of it. Yep. I just admitted that. Country girl and proud of it.
During an alien invasion, what would be your weapon of choice?
I’m gonna have to go with a Rambo-esque knowledge of how to make deadly traps and an HK94 submachine gun. If neither of those options are available, then I’ll just stick real close to Jack O’Neill and Daniel Jackson... because they’ll figure out how to get us out of this mess and save the world.
If you could combine any two animals to make a hybrid, what would they be?
Hmmm, a horse and a wolf. I’d call it a Worse. It’d be big and powerful enough to ride, but extremely dangerous and difficult to tame. Good to have it on your side in a battle, though.
Congratulations! You are now president of this blog post. What's your first executive order?
Nobody is allowed to whine when it’s cold outside anymore. The official favored season is now winter, and forecasters are no longer allowed to equate gray with “gloomy.”
If this question were any question in the world, what question would you want it to be and how would you answer it?
Anything but the question it is... I didn’t realize this interview was going to involve WORK! hahahahaha!
And I would answer it by saying, “Purple bananas wearing red sweaters, because eagles flying upside down through snowstorms equals panda trumpets.” 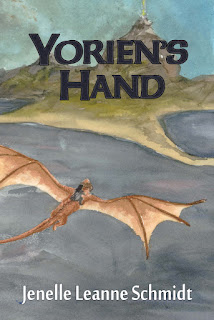 Connect with the Author on Social Media 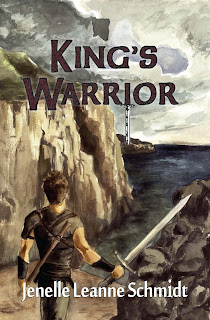