Today's guest has brought cookies. What sort? Read on and allow Lisa Rector to tell you!

Lisa Rector is a Maryland native and can’t imagine living anywhere else. She married her high school sweetheart for time and all eternity in the Washington D. C. Temple after she fell in love with his endless sense of humor. Lisa enjoyed a short stint as a labor and delivery nurse before becoming a stay-at-home mom for her two beautiful daughters. In addition to her newfound love of writing, her passions are gardening, yoga, and her faith in Jesus Christ. Her favorite delights are decadent homemade cakes, cookies, or brownies—never store-bought.

Lisa writes paranormal romantic fantasy. Her series, Chronicles of the Half-Emrys, is an ingenious look at the power of divine light inside immortals and humans, the ability to harness the energy, and the choices a person must make when darkness interferes.

My novels at a glance. 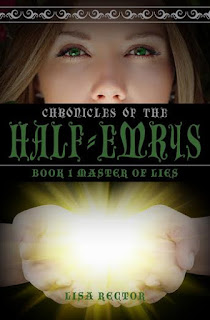 Would you rather travel to the past or the future?
Future. Although I’m afraid the world will just keep going downhill—morally speaking. I like the idea of futuristic conveniences and medical discoveries, but I believe the future world will be at war—physically and spiritually—as men’s hearts darken.

If you could have any job in the world, what would it be?
Cupcake shop owner/baker. Specifically froster.

Describe your life as a film genre.
Supernatural thriller. The intuitive religious girl fights against actual unseen spiritual demons. The kind that are all around us but we can’t see them because our eyes are veiled. She harnesses her inner light and call down the powers of heaven to protect those she loves.

Now if they took my life from my dreams, that would be a circle of apocalyptic disasters, particularly erupting volcanoes; action and adventure, with a myriad of special powers, including flying and telekinesis; romantic drama, the kind where the girl keeps searching for the guy but can never confess her love; and fantasy, with dark spirits and apparitions, especially ones who like to hover at your bedside.

If I were to invite you over, what snacks would you bring, keeping in mind that fruit and dried fruit are not snacks?
No-bake cookies. Chocolate, peanut butter, and oats melted together to create supreme gooey deliciousness.

If you could combine any two animals to make a hybrid, what would they be?
Batcat. Cats only need to fly, and then they’d rule the world.

Vs movies seem to be all the rage. If you had to put one together, what on screen match up would you like to see?
Well, they wouldn’t really be fighting against each other, but I’d like to see Dr. Temperance Brenin have her scientific, everything-can-be-proven bubble popped by meeting Dr. Who. She’d never be able to rationalize anything the Doctor does.

If you had to build a house without conventional materials, what unconventional materials would you use? (Gingerbread is inadvisable because it attracts snacking children)
Bubble wrap would make for some comfortable accommodations. Although I’d advise guests not to bring any sharp objects into the structure.

If this question were any question in the world, what question would you want it to be and how would you answer it?
If you could have a “knack” for something, what would it be?
I would have a knack for undermining the arrogant, with a phrase so carefully worded, the person wouldn’t realize he was subverted until later, and then those words would haunt him. 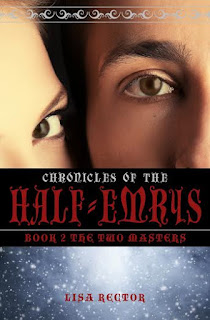 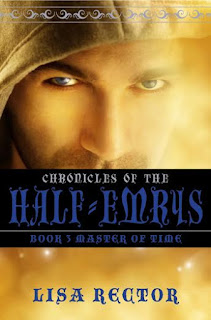