We hear the bell ring. It is dark outside. Do we dare answer? What presence lurks on our doorstep? Why, it's A. R. Silverberry, come to thrill us with his words of magic!

Author Bio
A. R. Silverberry writes fantasy adventures for children and adults. His novel, WYNDANO’S CLOAK, won multiple awards, including the Benjamin Franklin Awards gold medal for Juvenile/Young Adult Fiction. THE STREAM, his second novel, was honored as a Shelf Unbound Notable Book, and was shortlisted in ForeWord Review’s Book of the Year Awards. He lives in California, where the majestic coastline, trees, and mountains inspire his writing.

What method do you suggest for dealing with dragons?
An industrial strength fire extinguisher. Some of the dragons around here have been sleeping for several centuries. I can’t tell you what that does for morning breath, especially if the last meal was an English Earl from the seventeenth-century. Therefore, a massive bottle of Listerine with a spray dispenser comes in handy. A recent high schooler’s fantasy of chumming up to a dragon right out of the egg is poppycock. If all else fails, RUN!
You can rescue a fictional character from certain death or resurrect them to live again. Who do you save? Alternately, is there a fictional character deserving of death who you would like to destroy?
SPOILER ALERT: If you haven’t read A Tale of Two Cities, stop here. If you haven’t read the book and don’t think you will, you’re making a big mistake. If you’ve read the book, you know whom I’m talking about. I can think of no character more worth saving.
If you had to be physically one age for the rest of your life, where would you stop the clock?
Can I cheat? I’m the happiest right now. The only thing I’d change is I’d knock off a dozen years. Age is starting to creak the joints, and though I run through the place often with a dust broom, a few cobwebs keep popping up in my brain.
What weather is your writing? A dark and stormy night? A sunshiny day?
Dark, sometimes stormy, with a blast of hopeful sunlight at the end.
When cats take over the world, how do you plan to win their good graces?
I worry about the bird population. That said, cat’s are like men. The way to their hearts is a deep understanding of their culinary preferences. Fortunately, I’m a decent cook, and my wrist action on a can of tuna can’t be beat. Petting them in the morning, vacating their chair when they want it, and not expecting anything in between will help. I’m the proud father of a cat; may be half cat myself. I know whereof I speak.
What’s the most important lesson you ever learned from a cartoon?
Laugh long, laugh hard, see humor in everything, and don’t take yourself or the world too seriously.
If you could live inside a theme park ride, which would it be?
I’m an It’s-A-Small-World-After-All kind of guy. Not in my writing though, which whips along like Space Mountain.
You are tasked with eliminating one letter of the alphabet. Which would it be and why?
S. That would make me A. R. Ilverberry. It’s a small price to pay for the rest of the letters, who serve me well.
“It’ll make dialogue hard,” Jen said, and she would be right. I’ll have to put on my creativity hat to deal with that!
If this question were any question in the world, what question would you want it to be and how would you answer it?
Question: Why are you sitting on book one of your YA, science-fiction trilogy, which has been ready for edit since 2014?!
Answer: I can’t tear myself away from writing books two and three. Stay tuned, all will be revealed! 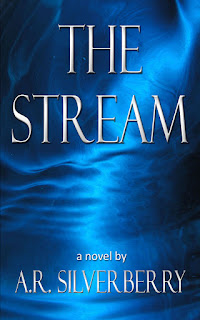 Signed and unsigned copies of this collectible are available from the author! 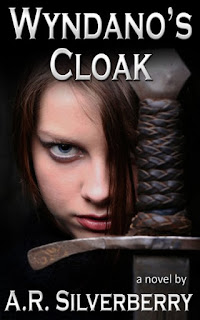