Coming this summer to a theater near you, the epic story of ... D. W. Fraunfelder.

D.W. Frauenfelder began writing stories at the tender age of very young and his first novel was the critically-acclaimed (by his teacher) "Dawe and the Typhoon," about a boy from the South Pacific who has to shift for himself when his family is wiped out by a storm. Recently, Frauenfelder realized that "Dawe and the Typhoon" was probably written in imitation of the Newberry Award-winning novel "Call It Courage" by Armstrong Sperry, though he has no recollection of reading this book. Frauenfelder has followed up this homage by writing novels inspired by such diverse influences as P.D. Eastman (author of Go Dog Go), Else Holmelund Minarik (author of the Little Bear series), Ursula LeGuin (author of the Earthsea Trilogy), Homer (author of the Iliad and the Odyssey), and Hergé (author of the Tintin graphic novels). He lives in North Carolina with his family and pet pygmy hippopotamus, Etwart. 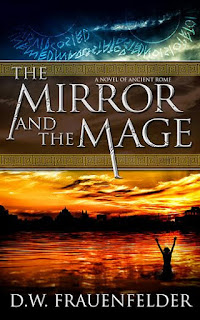 If your favorite historical era had an ice cream flavor made in its honor, what would it taste like?

If you could have any job in the world, what would it be?


I would be a traveling storyteller and fantasy mapmaker for children. I would come into classrooms, tell stories, create custom maps for them, and then teach them how to make fantasy world maps, and they would all send me photos of their maps once they'd finished them, and I would maintain an Instagram page where all the maps would be stored and a huge bank of fan fiction would grow up around the maps and the stories I would tell and the stories the children would tell as an accompaniment to their maps. And I would get a MacArthur genius grant and donate it to literacy programs so that more people could read and write books. And as long as we're fantasizing, Princess Diana would be still alive and she would invite me to lunch.

Describe your life as a film genre.


My life is definitely a screwball comedy. Full of dumb slapstick humor, bad puns, and a story arc that doesn't make sense at most points in the movie, but with a true blue heart. Destined to be a cult classic for all total goofballs.


I am a werelifeoftheparty but I only turn when the party is awkward and needs someone to be charming and sparkly. Grrahhhhh!

During an alien invasion, what would be your weapon of choice?


Give me a Browning semi-automatic 1919A4 with crankfire. A lovely machine gun first used around the Edwardian Era, it would be ideal for making sure those pesky aliens got filled with hot lead. Now of course if the aliens were friendly, the weapon of choice would be a French chocolate cake with raspberry filling. Those aliens would need to see what good hosts we can be, and there is nothing more lethal to skepticism about hospitality than a warm French chocolate cake with raspberry filling.

If you could combine any two animals to make a hybrid, what would they be?


I love Napoleon Dynamite's liger. There's nothing better that's ever been sketched on a sheet of college-ruled paper that's bred for its skills in magic.


I would like to see a movie called C.S. Lewis v The Legions of Hell. He would have this enormous two-handed sword and dispatch his adversaries while quoting from The Screwtape Letters.


The only superpower I would ever need would be the power to turn away the wroth of my wedded wife when I have, in her opinion, done something completely thoughtless. That power would be so awesome, so immense and crackly with lightning bolt electricity that nothing else could stand in my path.


The question would be, "What you are about to do is embark on an adventure. It will be frightening at times, furious fun at others, but never boring. Do you accept the challenge?" And I would say yes. 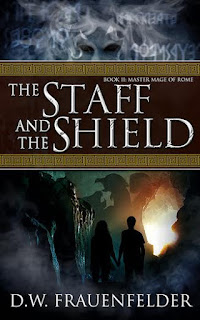 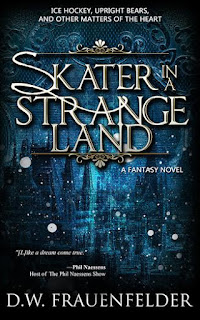