With a flutter of wings, Katy Huth Jones descends to share with us her wisdom!

Author Bio
Katy Huth Jones grew up in a family where creative juices overflowed and made puddles to splash in. She has published ten books (so far), both indie and traditionally published. When not writing, Katy plays piccolo and flute in a regional symphony. She lives with her husband Keith in the beautiful Texas Hill Country. Their two sons, whom she homeschooled, have flown the nest and live creative lives of their own.

Write me some Vogon Poetry (for those not in the know, Vogon poetry is so awful you’ll want to rip your ears off and eat them. It’s considered a method of torture in many corners of the galaxy. So give us your worst).
A Love Song by Bertie the Bard

My true love has grown a mustache
as bushy as a bristle brush.
It's like kissing a cactus or a porcupine
'cause she don't want to shave it off.

You receive a contract that allows you to have any pet you want (mythical or real) but in return you have to spend a week AS a pet to a mythical creature of your choice (dragon, giant, sphinx?). Do you take it or do you decline?
I'd contract for a dragon, because, after having chemotherapy twice, I know I can put up with ANYTHING knowing it will only last a week.

If you had to be physically one age for the rest of your life, where would you stop the clock?
I'd stop the clock at age 40, because I still had a LOT of energy and stamina then, but had lived long enough to develop a little wisdom.

You can time travel in an oddly specific way that only allows you to visit other authors. Where do you go and what do you do?
I'd visit Anne McCaffrey at her "Dragonhold" in Ireland in the late 1970's so I could pick her brain about her dragons.

If I were to invite you over, what snacks would you bring, keeping in mind that fruit and dried fruit are not snacks?
I'd bring cheesy popcorn and Dove dark chocolate. And maybe some homemade chocolate chip cookies.

Tree House or Cave? And why?
I've wanted to live in a tree house ever since I first saw Disney's Swiss Family Robinson!

If you could live inside a theme park ride, which would it be?
Since most rides make me sick, I'd have to pick a double-decker carousel, preferably one with a dragon. But horses are fine, too.

You are tasked with eliminating one letter of the alphabet. Which would it be and why?
Z, since it's the least-used letter in the English language, and we could substitute "s" like the British do. The only problem is we'd have to rename the zebra.

If this question were any question in the world, what question would you want it to be and how would you answer it?
Why do you like dragons and birds so much?
Because they're beautiful, and they can FLY! I love flying in airplanes and helicopters, and I would love to be able to ride on a flying dragon (like Valerian does) or a giant eagle (like Leandra does). I write some things for my characters that I wish I could do, too. I guess that's why I've written fantasy since the third grade! 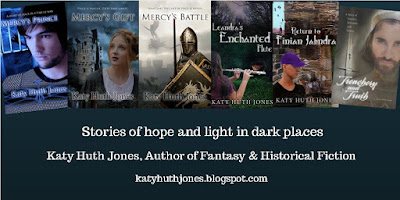