On New Year’s Day 1998, M. Ray Holloway Jr. moved to Louisville, Kentucky where he met his wife Pam, and he has lived there to this day. He loves spending time with his five grandchildren (with another on the way), playing the guitar, singing for the church, photography, reading, and writing fiction and non-fiction. He has published two short stories (“Gretchen’s Shoot” and “The Empath”) and two novelettes (“The Picture of the Ghost” and "The Deathburger Saga"), a book of poetry ("Encouragements: A Collection of Poems"), and a novel about time travel and young love called "At Some Point in Time". He is currently working on his next scifi novel called “Let No Word be Spoken” about a jumpship captain who crash lands on a very unusual planet.


If you had the honor of naming something really big (a country, a spaceship, a planet) what would you want it to be and what would you name it?
I have that task every time that I sit down to write a story. I have to name all of my characters, the towns that they frequent, and if it is space science fiction, I have to name the star that their planet revolves around, the planets in their solar system, and the people that live on that planet. In my current work in progress, my aliens live near the star Darol (DAH-ROLL.) Their planet is called Darol Tor, which means “second planet from the star Darol” and they are called Darol Torans. My jumpship, which was inherited by the captain of my story, was named “The Dreamer’s Fortune” by his uncle, who was the previous owner of the ship.
Describe your life as a film genre.
My life would best be described as a sappy romance like the kind that you would see on the Lifetime channel or read in a Nora Roberts book. I look to the rest of my life with great anticipation, and can’t wait to see how the story ends.
You have to trade places with one of your characters for a day. Which and why?
I would like to trade places with Ed Delaney from my novel “At Some Point in Time”. He has a time machine and knows exactly what he wants out of life and how to get it. In real life, not everything works out the way we plan it, so I may not be as skilled as he is when it comes to “fixing” my past.
What is the best dream you ever had? Alternately, what is the worst nightmare you’ve ever experienced?
I had this really cool dream when I was young that a girl that I liked gave me a peppermint candy. She had never done this before, but to my surprise, the next day at school, she gave me that candy, and it was all exactly like my dream. I don’t have many prophetic dreams, and when I do, they are about insignificant things like that.
My worst dream was about me driving down this street, looking off to my left and seeing my ex-wife in a car accident. A metal rod had pierced her leg, causing her a great deal of pain. I woke up in a cold sweat and sent her a message through my son telling her to be careful.
What’s the most important lesson you ever learned from a cartoon?
I learned that life goes on. To quote the Beatles, “Life goes on within you and without you.” From Wile E. Coyote to the Disney movies, I saw tragedies happen, but the characters picked themselves up after an appropriate period of mourning and moved on with their lives. Some people in my life tell me that I’m harsh because I have this ability to move on, no matter what the loss, but I’m just not the kind of person who spends a lot of time worrying about things I can’t change.
During an alien invasion, what would be your weapon of choice?
If you watch any scifi flick that depicts alien invasion, and really analyze the events and what was most effective in overcoming the aliens, you will probably come to the conclusion that the greatest weapon we have against any form of adversity is reason. Our ability to adapt and devise effective countermeasures to an alien attack is what will ultimately enable us to preserve the human species. Other than that, give me the biggest alien technology gun that you can find!
If I were to invite you over, what snacks would you bring, keeping in mind that fruit and dried fruit are not snacks?
I am a chips and picante type of guy, and eat it at least once a week as a snack at home. I also fix a mean hot cheese dip.


Are you the sort who sticks with the bird in hand? Or goes for what's behind door number two?
It depends on my perception of the situation. If the bird in the hand is significant enough, I will go ahead and grab it rather than wait for some possibly ill-conceived promise of a better prize down the road. However, if the bird is not that great, I would lean more towards waiting for a greater reward to come.


If this question were any question in the world, what question would you want it to be and how would you answer it?
The one question that I want people to know the answer about me is: “What is the message you want your readers to get from your writing?”
I always have trouble when people ask me what kind of stories I write. The answer that I usually wind up giving is that I write stories about relationships. I have written a ghost story, a magical reality short, a story about two sisters dealing with a conflict, a time travel romance, and a tale about a crooked mayor and the woman who wants to expose him. My next piece is about a jumpship captain and an alien woman, and the one after that is about a traveler who confronts the son of a wizard. On the surface, it looks like there is nothing in common with any of these stories, but in every one, there are relationships that have to be sorted out. THAT is what I write about! 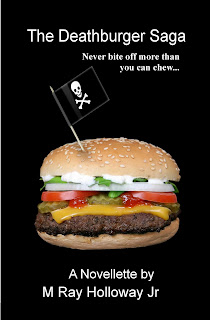 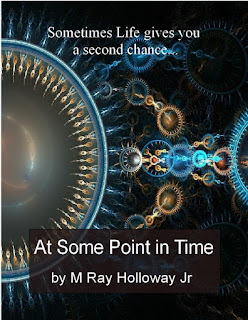