With a flash of lightning and the roll of thunder, H. A. Titus appears among us, carrying a dusty, leather-bound tome filled with awesome answers to our random questions. 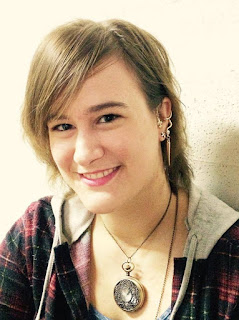 H. A. Titus is usually found with her nose in a book or spinning story-worlds in her head. She first fell in love with speculative fiction when she was twelve and her dad handed her The Lord of the Rings. She lives on the shores of Lake Superior with her meteorologist husband and young sons, who do their best to ensure she occasionally emerges into the real world, usually for some kind of adventure. When she's not writing, she can be found rock-climbing, mountain biking, or skiing. She is the author of the Celtic urban fantasy Forged Steel.


What weather is your writing? A dark and stormy night? A sunshiny day?
It's one of those cloudy, stormy days that still has speckles of sunshine breaking through. Plenty of thunder and lightning though.


Congratulations! You are now president of this blog post. What's your first executive order?
It would be that people found my answers enormously clever and funny. (I think that would scoot me closer to the line of dictator though.) :P

If you could live inside a theme park ride, which would it be?
Probably the Rip Ride Rockit in Universal Studios. (My pick of old classic rock? Yes!) Or the Harry Potter and the Forbidden Journey ride (also in Universal). My husband might not be too pleased with that last choice though, as that ride made him feel pretty ill for a couple of hours.

You're the next Disney princess. What fairy tale is your full length movie and how would you use your new ability to control woodland creatures?
East o' the Sun and West o' the Moon. No contest, that's my favorite. As for controlling woodland creatures, I suppose they would come in handy for helping me find the witch's castle. (Or...you know...eating if I was starving in said woodlands. But this is family friendly so we should probably skip that part.)

If you had to get stuck inside a television show, what would it be?
Leverage. I'd get along famously with everyone, I think. Plus it's one of the very few tv shows where I think I'd actually survive more than a few hours.

We sometimes hear stories about lottery winners who still choose to man their tollbooths or drive their buses in spite of being able to afford to quit. What job (or jobs), to you, would be worth working even if you didn't need the financial pay?
I would so be a librarian for fun. Yes, it would mean dealing with people (something I'm not exactly good at), but the ability to help people chose new books to read, and recommending my favorites...it's basically what I do at my church already, so it would be awesome! :)

During an alien invasion, what would be your weapon of choice?
Anything I could get to quickly, is easy to handle, and wouldn't require ammunition or replacement parts. Hmm. Kinda rules out a lot of stuff. So...I guess a baseball bat?

If you could combine any two animals to make a hybrid, what would they be?
Oh, I did this in high school! (I realize I should add, not literally. I'm not a Doctor Frankenstein in training. Yet. It's on my bucket list.) Back then I hybridized a lion and a scorpion. Don't remember what I called it.

If this question were any question in the world, what question would you want it to be and how would you answer it?
Question: "What's at the top of your bucket list?" Answer: "It will very likely never, ever be possible in this world, but...I would still LOVE to ride a dragon." 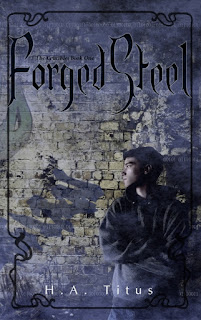 Connect with H. A. Titus