Today's guest has brought a mix tape of sweet tunes. Let's see what she's rocking out to ... Kristi Cramer!

When Kristi isn’t riding her Harley or delivering nuts (and bolts) around town for her “day job”, you can find her in front of her computer, hammering out exciting suspense stories for anyone willing to read them, or slumming around on social media. (She’s a great procrastinator that way.) While she has worked on her writing craft for +30 years, like many authors, she had to work other jobs to make ends meet. She has a strange and varied work history, having held jobs in a hotel, a car wash, an insurance company, an electronics assembly line, an auto parts warehouse, a blueberry nursery, and as a truck driver and owner of her own trucking company. Now she’s a delivery driver for a fastener store/warehouse while she pursues her writing career in earnest. She got married for the first time at 38, skipped being a mommy and went straight to Grandma. She says, “It’s best for everyone that way.” 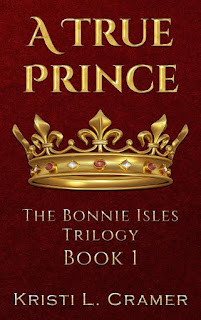 Who is your fictional best friend and what activities do you choose to do together?
Malcom Reynolds, Captain of Serenity. We would misbehave together, epically. Of course, the whole crew of Serenity would have to be there. Especially Wash. (Still haven’t quite forgiven Joss Whedon about that.) And I kinda have a crush on Jayne.
Teleportation or telekinesis?
Teleportation, totally. That way I could escape any time I wanted. Wednesday night blues? Tahiti! Monday break time Arghhhh? Margaritaville for Margaritas. Bonus if I can teleport an annoying co-worker to the Artic for 5 minutes so they can chill out!
Write me some Vogon Poetry (for those not in the know, Vogon poetry is so awful you’ll want to rip your ears off and eat them. It’s considered a method of torture in many corners of the galaxy. So give us your worst).
Pickles, wrote the eldest bird, taut chickens fade the embers roll. Beetles, tittered the farthing vonk, thou hast willow-wonked six fathom tolls.Quark! the pithiest wormsell whistled, dig dig dig and swim.Lightning, shouted the unambitious millennial twerk, I win!Augh! Augh! Augh! Shlurpfizzle donk!
(Thanks for that – it was a fun exercise. I hope it is suitably horrifying. I’m afraid I can’t stop laughing at it.)
If you had a store, what would you sell?
I do have an eBook store, but if I had a brick and mortar store, in addition to my books, I’d also sell teleportation trips (see above), dragon poop (I’d say it had magical properties), and singing crystals (to soothe your aching chakra). If you meant real stuff... Um, I’d have to say I’d sell tools. I don’t get excited about shoe stores or clothing stores, but turn me loose in a hardware store and I get giddy. Especially about flashlights for some reason—probably harking back to caveman days when we had to build a fire to see at night.
If you had to get stuck inside a television show, what would it be?
Can I say Firefly twice? If not... Hmm. I’d say Justified, because Raylan is just soooo cool, but I’d probably end up shot or killed in some other horrific, ironic way. So... Ooooh! I know. I’d like to be on Doctor Who, as The Doctor’s most epic companion yet. I’d be his mistress (since he’s already married to River Song) and he’d love me more than he loves Rose Tyler. Our greatest case would be... Spoilers!
If your favorite historical era had an ice cream flavor made in its honor, what would it taste like?
Roman Rocky Road would be a lot like Rocky Road, only made with chocolate gelato, with ribbons of real vanilla ice cream. Instead of peanuts it would be hazelnuts, there would be chunks of truffles, and the marshmallows would be...eh, it’s hard to improve on marshmallows. Now, this is in honor of the end of the Roman occupation of England. One of my favorite authors is Rosemary Sutcliffe, who wrote about King Arthur as a clan chieftain who was uniting the tribes after the Romans left Britain in about 400AD. (Not the classic French Arthurian stories!) My favorites of these are Sword at Sunset, The Lantern Bearers, and Dawn Wind. “They” recently made a movie based on one of her books. “The Eagle”, starring Channing Tatum, was based on her The Eagle of the Ninth. (The book was much better – my hubby calls the movie “Batman and Robin” for the cheesy ending.)
During an alien invasion, what would be your weapon of choice?
I would get a giant boombox and blast Taylor Swift’s “Blank Space” at them. They’d get it stuck in their heads and be rendered completely harmless by an earworm.
What mythical creature do you most wish to be real?
Pegasus. What’s not to love about a horse with wings? Want to have a gallop on the beach? Check. Want to go flying over the Grand Canyon? Check. Want to swoop down and conk Medusa on the head with your hammer? (G rated for the kiddies!) Check.
If this question were any question in the world, what question would you want it to be and how would you answer it?
It would be a four part Earworm question. Q1) Do you “suffer” from earworms and why do you think that is? A1) I have no idea why I am blessed with this curse when people like my husband almost NEVER get earworms. I ALWAYS have some song on my mind. Like a soundtrack to my life. It’s not always a good thing (see Q3). Q2) What is your current earworm? A2) Right now I have John Hiatt’s “Wrote it Down and Burned It” on my mind. Came out of nowhere, and it is one funky song. Check it out. https://www.youtube.com/watch?v=-ftzdr5Be58 Q3) What is your longest running earworm? A3) I once had a mashup of songs from Les Miserables on my mind for three weeks straight. (One Day More, mashed with Red and Black, A Little Fall of Rain, and the Finale.)Q4) What is your worst ever earworm?A4) So I can ruin your day...mwahaha! Taylor Swift’s “Blank Space”. It’s not a horrible song or anything...until you’ve heard it in your head for three days straight.Bonus answer: My solution for earworms is that I have an entire playlist of my favorite earworms and I play it. It’s about 6 hours’ worth of them. My brain gets so overwhelmed with them that it doesn’t know what to do, and it jars me out of the long-running, crazy-making earworm. 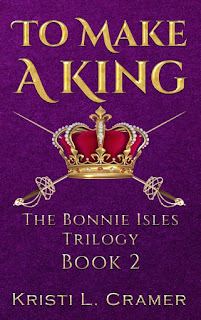 Find links to other vendors on my website:
www.kristicramerbooks.com