I read a decent amount of shorts. I love a good story that you can devour in a sitting. Here are some that I recently really enjoyed in three different genres (though they all have fantasy elements).

Marsden cannot remember his real name, nor how he came to be a valet for the schoolboy son of a powerful magician. Phantom wisps of incense and narrow glimpses of memory are all he has, until he chances upon a family secret which only compounds intrigue. What might his young master Abel know of his amnesia? What binds him to the Wensleys? And why does he, a simple valet, know fragments of magic?
Click for book on Amazon

I did very much enjoy this short story. It starts with a character who is essentially a blank canvas, not even knowing his name until it's told to him. His calm method of putting the pieces together was intriguing to me.
For the length, there is a decent amount of world building and characterization. I knew it was a short story (I read it in maybe a half hour while pushing my daughter on the swings at the park), so I wasn't expecting anything long and involved (because short stories that try to cram in too much quickly get cluttered and rushed).
That said, I never really got a feel for Abel. I never understood his motivations and actions ... whether he was in on it or an innocent pawn, for instance, was kind of blurry. I would've liked more clarity on that, especially considering his actions in the end. The Lady A thing also really didn't seem to lead anywhere or add anything. To the extent that I actually checked to see if she might be a character from another series and her appearance was a "cameo" of sort (She might be. I couldn't find anything definitive), because she just sort of appeared and disappeared without any real impact on the plot.
But the main, Marsden, kept my interest enough to carry the story on his own. 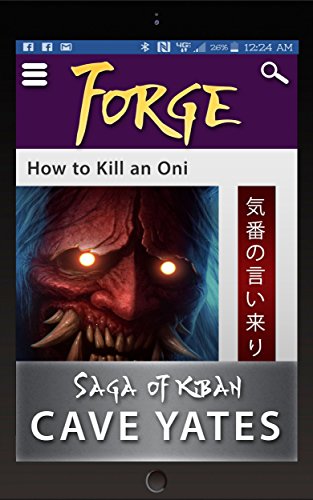 When myth becomes reality it’s time to become legendary.
Cian’s cushy new job was a long way from undercover work catching terrorists and drug dealers. When he travels to Japan for a funeral, things go awry. A monster, the magical kind, goes on a rampage. To survive Cian must learn to use powers he doesn’t understand. He must become the protector his fate decrees. Will he learn to adapt before the hammer comes crashing down?
Book 1 in the Saga of Kiban short story series by Cave Yates is an Urban Fantasy with a new life. Set in Japan with rich characters and new monsters it will have you on the edge of your seat. If you like Terry Brooks, Lee Child, and Full Metal Alchemist then you’ll love this series that combines the best of all three. With mysterious pasts, fast paced action, and unique magic this is a series that is destined to please.
Buy Forge and find the power hidden within today!


This is a hard one for me to review, because reading it, there was an overwhelming feeling of "I'm not the intended audience for this." The writing and characters reminded me a bit of Tom Clancy ... maybe it was the character's military backstory (and admittedly, it's been about a decade since I read any Clancy), but that wasn't what I'd usually expect out of this genre, so it was an interesting combination for me. I personally like a little more whimsy to this sort of tale, but this is more hard hitting, factual, sort of blow by blow action. And it works, I think, though it isn't something I'd usually read. Interesting mix of Japanese myth and modern action.
Download on Amazon 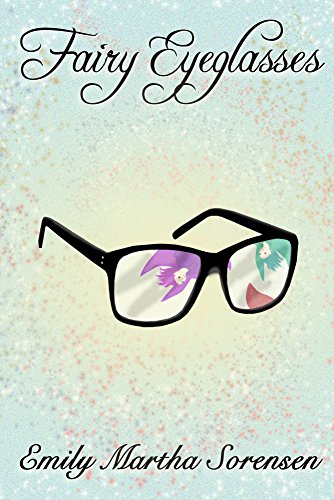 Emily Martha Sorensen
When Cassie finds a magic pair of glasses that allow her to see fairies, she has to figure out where they came from . . . and what the fairies want her to do with them.
A 12,000 word children's fantasy story.

A very quick read, but since it is designed for a younger audience, I think it's not really a bad thing. This is about the right length for early chapter book. I think young girls would love this one. There's a good message in it about making friends and a clever premise. I was really impressed that the parents actually believed her and were allies rather than just sort of off thinking, "Oh no, my crazy daughter sees fairies." I'm not sure how realistic that is, but for kids it's good to see the parents portrayed that way every so often.
Download on Amazon 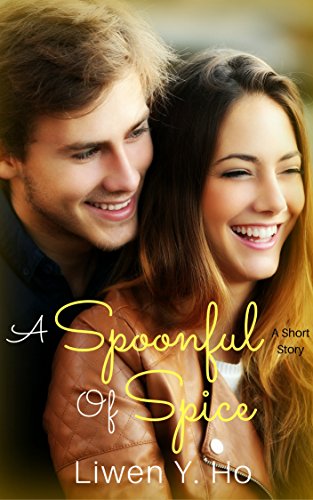 A Spoonful of Spice

Josh Pepper has one goal: to become the next manager in the IT department. But his career plan gets sidelined when the first woman, bubbly Cin Thomas, joins his team. He now needs to keep everyone from being distracted by her presence, a task that appears easy to accomplish ... until her piercing green eyes start invading his dreams. This 10,000-word short story is perfect for your lunch break, workout, or while you wait in line at the mall. Read it today to get a taste of autumn any time of the year!

I'm so so so picky about what I'll read for romance. I want real characters, not cardboard people meant to just look pretty. I like real conflict, not made up drama ... and you know, sometimes I'd rather just have a little bit of sweetness instead of drama. This provides that. Sweet with a little bit of humor and a lot of heart.
This is the second of these short romances I've read, and this one was my favorite of the two.
I actually choked up a bit because this charted a very real emotional arc for the leads. Very enjoyable. Very recommended.
I received an ARC in return for my honest review.
Download on Amazon