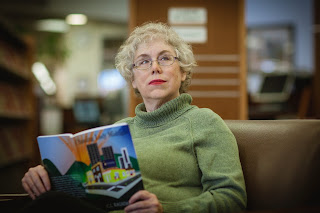 Writer C.L. Ragsdale is the author of The Reboot Files, a Christian Mystery/Thriller Series, and a Superhero Series, Chasing Lady Midnight.
A California native, she loves to "surf" the web to research plot details for her fun, quirky stories. She has a degree in Theatre Arts which greatly influenced her writing style. Working in various fields as a secretary has allowed her to both master her writing skills and acquire valuable technical knowledge which she uses liberally in her plots.
These days she contents herself with knitting while contemplating her next diabolical plot. Story plot that is. 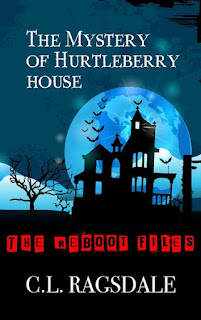 Describe your life (or writing) as a film genre.

My life is a slapstick comedy, mostly because I’m the biggest klutz in the world! Honestly, it’s a miracle I’ve lived this long, because when God was passing out the graceful gene, I must have been in the bathroom.

Pirates. I can always move away from the ocean.

Invisibility. There are times when I just don’t want to be found.

I am a wererabbit, but I only turn when the carrot is in season.

Would you rather travel to the past or the future?

Future. The past is so yesterday, and over and done. The future is a whole new mess.

Legos. You can build anything with them, and they last forever.

If your favorite historical era had an ice cream flavor made in its honor, what would it taste like?

My favorite historical era is the 1920’s. The would be bold, not overly sweet, with just a hint of spicy red peppers.

You're the next Disney princess. What fairy tale is your full length movie and how would you use your new ability to control woodland creatures?

Princess Irene from The Princess and The Goblin. Hey, I have a magic ring with an invisible thread only I can see that will always lead me home, no matter what stupid situation I find myself in, as that is the lot of a fairy princesses. I rescue the hero, not the other way around. I’m also very smart, and fairy tale woodland creatures would appreciate this and do my bidding because they don’t like goblins either We would have to age me a bit, because goblins wanting to kidnap and marry an eight-year-old off to a goblin prince is pretty creepy. Even for a goblin.

You’re a Christian, why do you write such unusual stories such as superheroes or Grown-up Scooby Doo style plots?

Because I like Scooby Doo and superheroes. Besides, I believe God gave the ideas in the first place, and I don’t argue with Him. 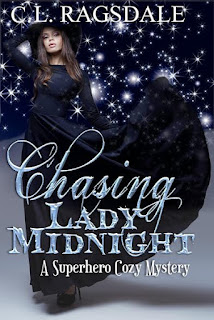 The Reboot Files Series:
The Mystery of Hurtleberry House
The Island of Living Trees
The Harbinger of Retribution
The Wrong Ghost
The Great Scarecrow Invasion
The Woolly Weegie