How I think Cars TRULY fits into the Pixar Theory

I'm a mom, so I watch a lot of "kids" movies. I also like to waste time on the internet watching fan theory videos and reading fan theory blogs, so I'm basically aware of the Pixar Theory, but not really an expert. For a refresher (or to introduce yourself if you've never heard of it) on the Pixar Theory, you can click here and read the timeline, but the basic idea is that all Pixar movies are connected and take place in the same universe as part of a wide reaching story/conspiracy/timeline ... thing.

Yeah, it's a thing (as you can see, I have my writer's hat on at a jaunty tilt tonight). 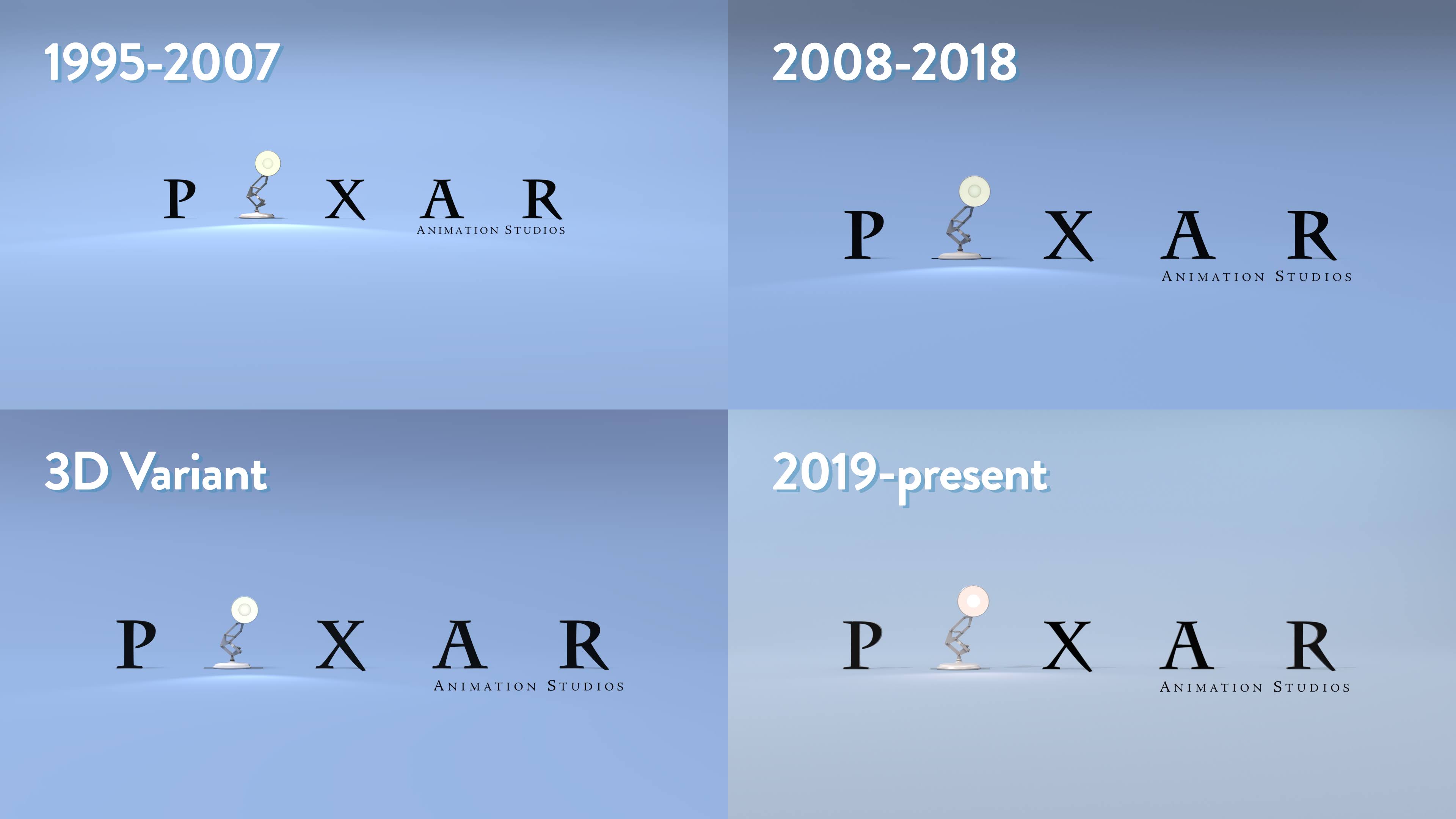 According to the timeline Cars takes place in between Up! and Wall-E, in the time frame where humans have abandoned a badly polluted earth allowing machines to essentially take over and evolve to a point of sentience (which is later exhibited by Wall-E as he is a robot but has feelings and a personality beyond his programming).

However, this doesn't really work for me for a number of reasons.

For one thing, the world of Cars does not resemble the polluted beyond repair world that we see in the "historical flashbacks" of Wall-E

Supposedly this world is so far gone that not even plants live there. It has mountains of trash built up by Wall-E and his fellow trash-robots (who are seen no where in Cars. Presumably if they were left behind for this purpose, they would be zipping around doing that.).

The Cars world both has plants (one car even planting flowers) and a fairly clean looking natural environment for the most part (they get into energy issues in Cars 2, but still, does this world look "inhabitable"?). 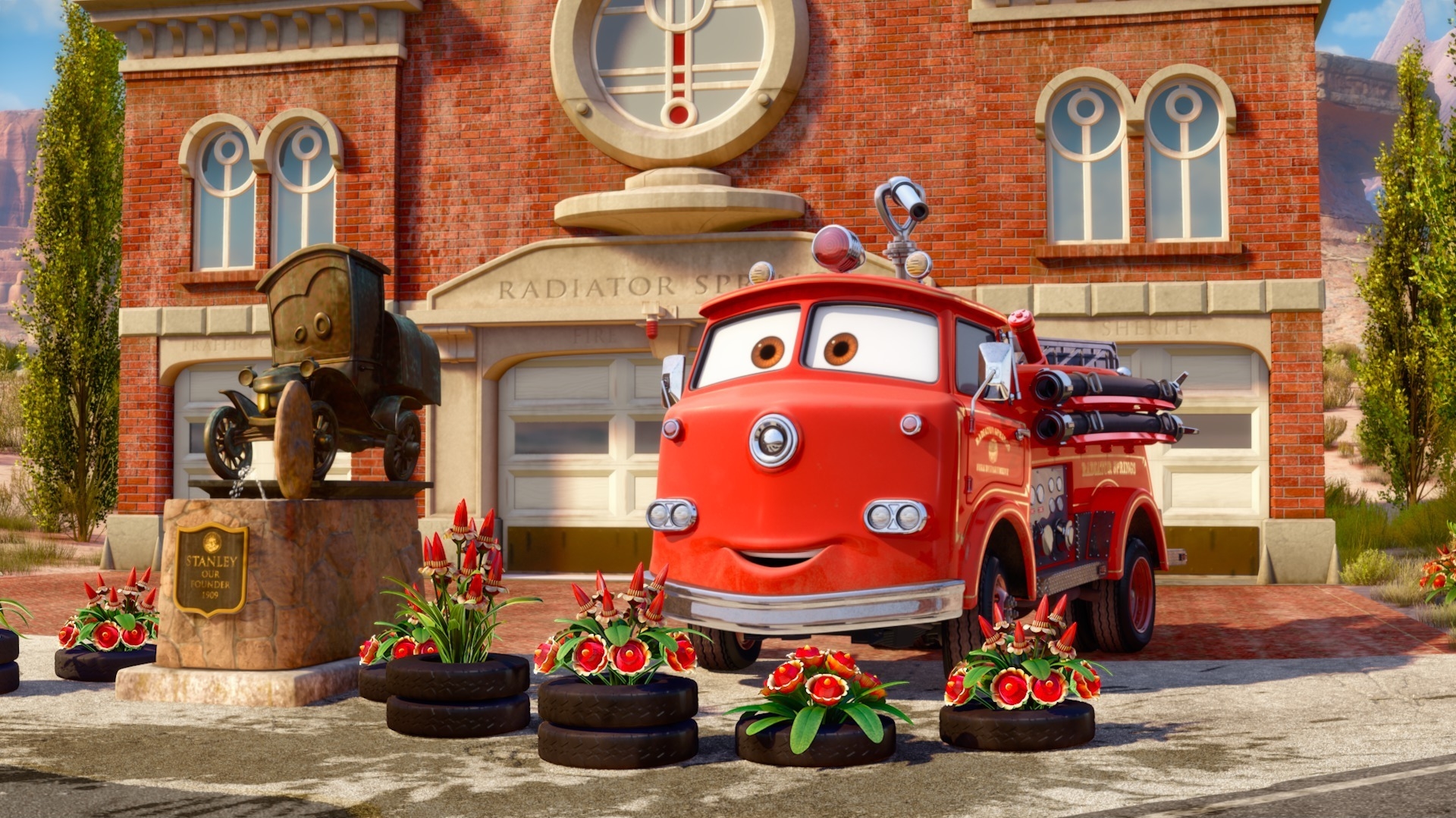 Also, there is nothing to explain how the departure of man and the advent of talking cars would've literally reshaped the landscape, molding hills into the shape of cars. Sure, maybe the cars themselves did this, they went ahead and Mt. Rushmore'd (that's a verb now) natural land features to look more like cars ... however, there's a much simpler, obvious answer that everyone is overlooking.

Cars fits in the timeline EXACTLY at the same point as the Toy Story movies.

Because the events of Cars are simply a young child playing with his toy cars in an elaborate fantasy world ... exactly like the opening to Toy Story 3. Why does it make sense?
1. We see in Toy Story 3 that it is possible for play time to "play out" as elaborate sequences with movie production value in the heads of kids. I don't know about you, but my playtime imagination was NEVER that good as a young kid. We could assume that this is just a "dramatic device" and really Andy isn't seeing what we see on the screen ... or we could assume that there is something special about certain kids in the Pixar universe that conveys more emotional energy into their play which in turn lends more of the energy that brings inanimate objects to life (and also might be the same power that the Monsters later use in Monsters Inc) ... and in return they get more vivid playtime. (or maybe my kid brain was broken and other kids really do see their fantasies like that)

2. The cars are treated a lot like how I used to play with my brother's Matchbox/Hot Wheels cars. Just racing was boring so the cars would have personalities. We'd build them "homes." Cars would even get married. If you view the events of Cars as a kid playing with cars and making up an elaborate story, it honestly makes a lot of sense.

3. We see in the various Toy Story movies how attached toys get to playtime. They need it. The Pixar theory suggests human love gives them life ... SO ... you have a symbiotic relationship between humans and toy. The toy cars could be figuratively living this fantasy and might even develop a Buzz Lightyear-esque "psychosis" where they begin to live it as their reality.

4. If we assume the current Pixar Theory timeline of Cars taking place between when the Axiom left a polluted earth and the events of Wall-E, Wall-E is somewhere out there in the Cars world, along with probably hundreds of identical models. We see broken down trash-bots in Wall-E's world, but presumably he's the only one still in operation. However, for a job that big, it would've been impractical to leave only a handful working, plus the assumption is the ENTIRE earth is polluted. If it were just the US, there wouldn't have been a need to leave the planet ... so that leaves us with two options, either the time line is wrong, or some parts of the cars world are covered in trash that can be stacked as high as skyscrapers ... as well as a small army of robots (which at least have the potential to be sentient ... we don't know that Wall-E was the only one with this ability. We just know he's the only survivor.). Considering the large amount of space that is covered in the Cars stories (and if you add in Planes it gets even worse) that's a lot of land to cover without ever crossing over one of these polluted, trash-bot inhabited wastelands.

5. The weird landscapes are explained by a kid's wild imagination ... or possibly the kid using things in its vicinity (like a car) to represent mountains in his fantasy world (similar to how the "cloud" wallpaper of Andy's room mirrors the skies of his playtime games).

So it's an easy fix. I know that "it's all a dream" seems like a cop-out fan theory, but this really isn't the same thing. It isn't a dream. It's "playtime." We have all the "building blocks" for this theory in the existing movies and it explains away a lot of inconvenient issues that the Cars/Planes tales bring to the timeline.

So is it the answer?
I don't know, but it fits for me. (in fairness, it is hard to disprove a theory that is based on "it's not real" because any inconsistencies can be dismissed as just part of the fantasy.).

Besides, it's fun to just overthink things for a bit.

Signing off,
Yours truly,
The Sparkly Writer Princess 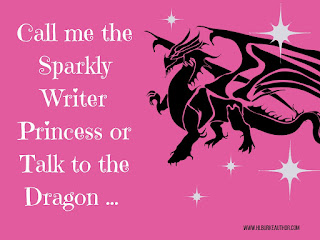