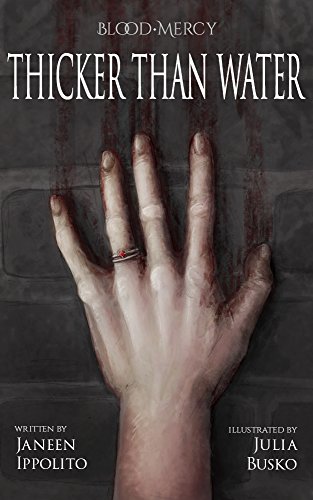 What would you do if the one you loved was turned into a monster?Melrose Durante brings order. As founder of the Houses of the Dead, he tirelessly opposes the vampires, and provides refuge for the Blood Kind, those like himself who fight against the blood curse that leads to vampirism. His medical breakthroughs have brought many back from the vampire path. After thousands of years, the Blood Kind finally has the upper hand.Until a vampire attacks Melrose’s family, then begs for asylum. To his friends she’s Lucy, a disturbed young woman prone to incoherent rants, warning of an imminent attack by vampire leader, Conan. But to Melrose she’s something more.His lost wife, Jane.One thing is clear – time is running out. In five days Conan will attack Quebec City, killing or enslaving all in his way. If Melrose cannot unlock his wife’s tormented mind, even his immortal wisdom may not be enough to save Quebec City, the Blood Kind, and the Houses of the Dead.Enter a world where vampirism is a choice, blood is an addiction, and cursed immortals tread the perilous ground between good and evil.

I usually avoid vampires like plague, but this take on them doesn't hit a lot of the usual things that make them my least favorite "monster." It's a very creative take on Vampire mythology. There is a lot of set up here for a series with a larger universe, but it still makes for a compelling standalone tale with believable characters with interesting, distinct powers and problems.
Some violence but not handled in a particularly gory way. Some hot-blooded (har har) flirtations between married couples but again, not explicit, and kind of a breath of fresh air to see some complex but fundamentally healthy marital relationships ... especially considering how messed up these characters' world really is.