We were all newbies once. We all made beginners mistakes and stumbled about trying to find our way. That said, it doesn't make it any less cringe-worthy when I see a new indie author making things harder for themselves with these common but avoidable blunders.

Also, as I said, a lot of us have made these mistakes, and we did recover. These aren't "kill your career, give up and go home" mistakes ... unless you refuse to learn from them.

This one comes up a lot in other posts I've written, so I'm not going to go into it in depth, but I still see writers respond to reviews, often with snark which only makes them look overly-sensitive and bad tempered. 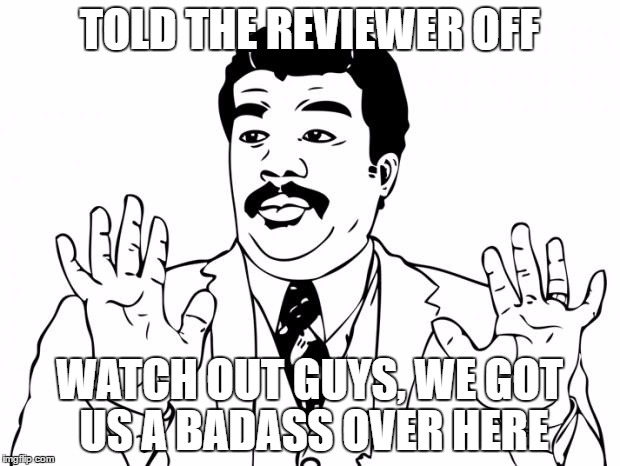 2. Designing their own covers.

There are exceptions to this. Some writers are both brilliant writers and skilled cover designers. If you find a person who meets both of these criteria, you should probably marry them ... or something ... but don't assume you can slap a blurry family photo and some comic sans on cover and call it good, please.

I've seen this go both ways, indies under valuing a book and sticking at the 99 cents price point even though they're only making 35 cents roughly off every Amazon download, even though various surveys have shown most ebook readers are comfortable with a price point of between $2.99-$4.99 ... and brand new to the market indies trying to price their book out like they're already an Amazon best seller because since (fill in the blank famous author) sells his/her ebooks for $8.99, so if the new author charges less for his/her work, that means they are saying it isn't that good, right?
For one thing, traditional publishers aren't particularly interested in selling ebooks on Amazon (who they don't like much, for the most part). The reason they have the ebook priced at roughly the same as the paperback (usually with at least a few used and discounted copies available for less) is because they are still invested in the brick and mortar infrastructure of bookstores, for various reasons. For them, that's where the money is. As an indie, ebooks are going to be your bread and butter.
Now what you should charge differs as far as what your genre is, what your book length is, and whether or not you have become a recognized name, so do your research, but seriously, don't price your ebooks for $9.99 and complain that you aren't getting sales.

4. Not Choosing a Genre

This is a tough one because a lot of the time, the very reason we choose to go indie as authors is because our particular brand of fiction doesn't appeal to the broader markets publishers are aiming at or doesn't hit the major selling points of its genre.
And there is something to be said for uniqueness. Good genre fiction challenges and expands a genre rather than just going full trope.
That said, claiming that your work is a special snowflake and then refusing to sort it into any genre category on Amazon or choosing a category so incredibly niche that no one out there is searching for it basically makes your work invisible on Amazon or in searches. It's okay if you want to stick it out for your art and write something the masses won't understand and all that ... but please don't post in my groups complaining about your lack of sales. You can't have it both ways, claiming that your book is artwork you can't put in a box for the sake of marketability while crying about how your unmarketable book doesn't sell.

5. Relying mainly on friends and family for those first sales.

I did a whole blog post on why you don't want your friends and family to be your first reviewers and a follow up to how using primarily other authors as your market can actually be detrimental in the long run, but honestly, whether your immediate family/friends are supportive or evasive when you bring up your work, you want to focus elsewhere.

6. Not editing or hiring an editor without proper research.

Putting out a book filled with basic errors is the quickest way to get a whole bunch of negative reviews. Sometimes you won't even get reviews. Readers will open the Amazon sample of your book, spot multiple typos in the first chapter, and then just not buy. And you'll never even know why your book just sits there unsold. I've even seen authors with typos in their blurb or on their cover.
And that's just proofreading. It doesn't take into account that to help a reader glide through your fictional worlds like an ice skater rather than bump and jerk through them like a kid going down a rocky hill in a radio flyer, your book will need a certain amount of "polish."
Now, not every one can afford an editor, but if you can, it is a good idea. If you can't, get into a good critique group (like scribophile.com), run your book by as many betas as you can, self-edit it into the ground ... Try and put the work in to make it the best version you can make it.
While "edit your work" and "fix your spelling" might seem obvious, I don't know how many authors I've seen get peevish about reviews calling them out for errors, as if it is somehow wrong and petty to point it out. Yes, even if you do your due diligence, errors sometimes slip through, and even the big publishers sometimes miss a typo or two in their proofing process. A couple of scattered proofing errors shouldn't be a reason to trash a book. However, if readers are complaining your book is error-filled, you probably should fix that.
That said, I think the only thing that is sadder than me telling a writer that the reason their book isn't selling is the various typos plainly visible in the first chapter is me telling them that and them coming back with, "But I paid an editor over $1000 to fix all that!" Don't hire an editor unless you've researched them, checked out their recommendations, and maybe had a sample edit done, if they do that. 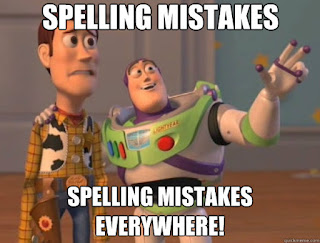 Writing the blurb is often the last task an indie sets for themselves, and dang it, it's not easy. Blurb writing is a particular set of skills that would probably even impress Liam Neeson (there's a Taken joke in there, but I think I botched it). A lot of times authors get to the "putting their book on Amazon" stage and then just type the first thing that springs to mind into the "description box."
My personal process whenever someone tells me they can't sell any books is to check out the "big three" which (to me) are blurb, cover, sample chapters. 90% of the time one of those three aspects has the "well, here's your problem" moment.
If your sales suck, consider checking out your book's description on Amazon. If you have no idea how to write a blurb, check out a few articles (google is your friend, but here are a couple of links: one and two.), ask in your critique group (which you definitely will have since you paid attention to item number six on this list, right?) or author group ... or if you are really bad at this part of things, there are places that will write your blurb for you for a small fee (ranging from $25-100 from what I've seen). 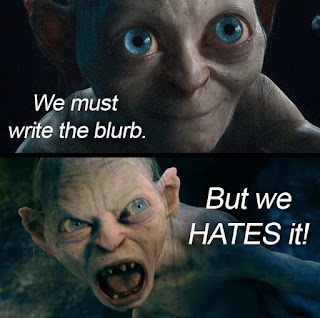 The thing is, a lot of us made these mistakes when we first got started because we didn't know any better and because nobody told us. This is a big new world, and I've found a lot of writers groups can be snobby towards self-pubbers (the stigma is fading, but you still run into it a lot) ... even within writers groups you'll find a range from hobbiests who are happy just to sell a book a month to die hard people who insist if you don't treat it like a business you are failing ... I'm in the middle. I personally think there's rooms for all sorts of energy levels and commitment levels. But try and find other writers. Online is great for that. Facebook, writing forums ... and look for one that fits your temperament and comfort level. If the first one doesn't work out, fish around.

I have been part of a dozen or so different groups ...I'm active currently in maybe three. There are groups out there for all sorts.

I hope this has been a helpful list for you... but if not, at least I have memes ... (you read the Gollum one in his voice, didn't you?)