The cats were prowling outside and caught our next author lurking. They have dragged him in for an interrogation. Let's see what he has to say for himself.

Bio:
Paul Regnier is a technology junkie, drone pilot, web designer and musician with a fascination for all things futuristic. He has turned his childhood love of storytelling into a professional pursuit. Paul lives in Orange County, California, with his wife and two children.

What is the best dream you ever had? Alternately, what is the worst nightmare you’ve ever experienced?
Since your “nine questions/nine lives interview” has a cat theme, I’ll go with a cat induced nightmare. When I tell it, you might think it doesn’t sound scary but, like many nightmares, “you had to be there” to experience the rush of emotions and fear.

I have to start with a little backstory: When I married my wife, she had a cat that was super protective of her. As far as the cat was concerned, I was the intruder to their happy little life. The cat always resented me. But, since it was a cat, it was clever and devious and allowed revenge to take the long road. The crafty feline would lie in wait for the right moment to trip me when I wasn’t looking down, meow in my ear at five in the morning, and shed lots of white fur all over my black clothes.

Anyway, one night I dreamt I was in the civil war. I was in the thick of a brutal battle on a grassy plain. The field was crammed with soldiers. Guns were firing from every direction and bayonets where slashing the air. I was struggling to get free from the crazy mob when four soldiers cornered me. They moved in perfect unison and shoved their four bayonets right into my stomach.

I awoke with a start to find the cat had leapt onto my stomach with her four paws, creating the all too realistic feeling of bayonets driving into me.

I swear the cat smiled as she jumped off the bed.

Congratulations! You are now president of this blog post. What's your first executive order?
Run subliminal ads that give people an irresistible urge to buy my books.

If you could live inside a theme park ride, which would it be?
Space Mountain! A non-stop, full speed journey through the stars in a convertible space ship. What more could you ask for?

Which natural element (earth, wind, fire, water) do you feel the greatest kinship with?
Wind. You can travel anywhere and stay as long or short as you like.

During an alien invasion, what would be your weapon of choice?
Green Lantern’s ring.

Are computers friends or foes?
It all starts with screen freezes and hard drive failures. These are the passive aggressive, tell-tale signs of an electronic enemy. The attacks will only escalate from here. Don’t say I didn’t warn you.

Oh, and if they’re listening, I for one welcome our new computer overlords.

You have superpowers. What are they and what do you do with them?
Spiderman’s powers are where its at. I would be all Tobey Maguire-y with them.

If this question were any question in the world, what question would you want it to be and how would you answer it?
Q: Since bread is square, why is sandwich meat round?
A: Bakers and butchers have been locked in a cold war for over a century. 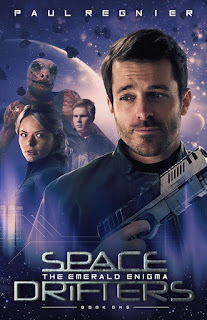 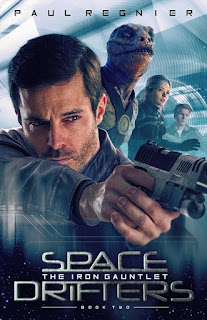