We put out some chocolate and trapped our next author. Let's ask her some questions before she escapes!

For more than 20 years, Sonya M. Black has called the Pacific Northwest home. Her writing partners include two cats that distract as much as they encourage the creative juices. Her husband and son put up with her frequent bouts of writing and leave her presents of chocolate to appease the writing muse. She enjoys exploring worlds beyond this one and uses myths, legends, and fairy tales as her guide to new stories.

She has released two books, Happily Never After and The Snow White Files. Both are twisted fairy tales that explore alternate versions of the beloved classics. Currently, she is working on the second book in the Twisted Files Series, The Riding Hood Files, as well as a flintlock fantasy, A Sea Like Glass. She hopes to release both books by the end of 2017. 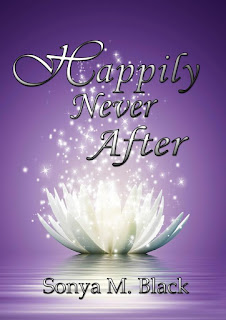 If you had to build a house without conventional materials, what unconventional materials would you use? (Gingerbread is inadvisable because it attracts snacking children)
But, gingerbread is so good! The problem for me wouldn’t be snacking children. It would be me taking a nibble now and then. I’d always have holes in my house if I built it from gingerbread. I think if I were to build a house from anything it would have to be from Legos. Those things are practically indestructible and come in a million shapes and colors. I could build a fancy castle with a moat and a dragon to guard it.

Do you consider yourself a cat person, or a dog person?
I’m a cat person. I don’t have anything against dogs, but they tend to be smelly and I happen to be allergic to them. I have two cats that distract me as much as they inspire the muse. One is part Maine Coon and is only a few months old. He’s pretty naughty, but his super power is his mega cuteness so he tends to get away with being naughty. My other kitty is a Tuxedo cat and he’s very proper and sophisticated. He tends to look down his whiskers at the kitten’s antics. He’s a cuddle bug and has the sweetest meow.

If you could live inside a theme park ride, which would it be?
Pirates of the Caribbean. It’s always been my favorite ride. Plus, there’s this really cool restaurant inside that you can eat at and watch the people float by on their way into the ride. I would have the ambiance of living in the bayou without the bugs or crocodiles. I could pretend to be a pirate or I could save the people on the ride from the pirates with my swashbuckling skills.

If you had to write only in one crayon color for the rest of your life, what would you choose?
Purple. And not the pale purple color. The darker the purple, the better.  It’s my favorite color. I like blue and green as well.

On a scale of 1 to 10, what do you think your chances are of surviving the zombie invasion?
I’m pretty resourceful, but not a terribly fast runner. So as long at the zombies were slow movers, I’d give myself a solid 8 to survive. My dad took me camping a lot when I was a kid and his idea of camping did not involve a campground with bathrooms and showers. One of my earliest memories of camping involves helping to dig a hole in the ground for the potty. It was fall and raining. Brr.

If you had to get stuck inside a television show, what would it be?
That’s a tough one. It would either be Dr. Who or Once Upon A Time. Once Upon A Time because fairytales. Fairytales are cool. Dr. Who because wibbly, wobbly, timey, wimey stuff and bowties are cool. If I could combine the two of them that would be perfect. Imagine a fairytale version of Dr. Who that travels through space and time saving Hansel and Gretel from the evil witch, gives Rapunzel a haircut with his sonic screwdriver, and turns Maleficent into a tiny dragon for Aurora to carry in her pocket. That would be a fun TV show.

I'm not really a fan of the Hogwart's House system. It seems so needlessly divisive and focused on a very limited range of characteristics (or I may just be annoyed with Pottermore for sorting me into Slytherin). How would you improve upon the system for sorting students into houses?
I think if I were to change the system,  I would base it off of everyone’s ice cream flavor preference. If you like vanilla, you belong in Ravensclaw. Ravensclaw is vanilla. Gryffandore is chocolate. Slytherin is neapolitan.

If I were to invite you over, what snacks would you bring, keeping in mind that fruit and dried fruit are not snacks?
Warm, fresh baked brownies and ice cream drizzled in chocolate and caramel sauce. Or maybe blueberry pie and ice cream. These are more desserts than snacks. I suppose if I have to choose a traditional snack it would be pretzels and cheese sauce or salt and vinegar potato chips. But, I think I prefer the desserts.

If this question were any question in the world, what question would you want it to be and how would you answer it?
Which is the better droid, BB-8 or H2SO? BB-8 is cute and sweet, but I like H2SO better. He made me laugh and it was sad when he got blasted. 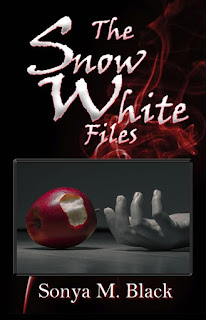 Connect with the Author!