Our next author steps through the magic portal carrying gifts. What sort of gifts? ANSWERS! Introducing Meredith Mansfield. 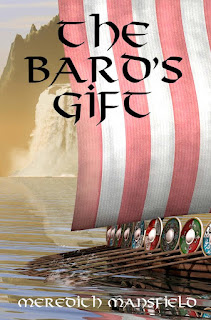 
Professionally, I've been a financial analyst and a visual basic programmer. I also have a paralegal certificate, although I've never worked in that field. It's anybody's guess what I'll be when I grow up.


Imagining stories and writing have always been an important part of my life. It's one I've finally could get serious about while I cared for my mother who had Alzheimer's disease.

If you could enter any fictional world, which would you choose?
Choices, choices, choices. Oz is too weird. Middle Earth may be a little too dangerous. But I think I’d really like to be able to talk to animals, so I’ll go with Narnia.


Who is your fictional best friend and what activities do you choose to do together?
Wow. Most of the characters in fantasy don’t exactly lead quiet or comfortable lives. But . . . I think I could get along well with Samwise Gamgee, exchanging plants and gardening tips, talking about his adventures from his point of view. Eating, of course. He is a hobbit, after all.


When cats take over the world, how do you plan to win their good graces?
I’ve often found cats to be susceptible to bribery—not as much as dogs, true. But still, tuna or salmon and a feather toy will usually at least distract them. And a warm spot on the bed, of course.


If you were the captain of a space ship, what would its mission be? Exploration? Colonization? Partying?
Exploration, I think.


As a follow up: what would you name your space ship?
Enterprise is already taken, drat it. Hmm, Star Treader? After the Dawn Treader.


Describe your life (or writing) as a film genre.
Just now, my life seems to most resemble A SERIES OF UNFORTUNATE EVENTS. I know that’s not a genre, but it is honest.


What method do you suggest for dealing with dragons?
Hmm. Well that would depend on the dragon, wouldn’t it? For, say, Smaug the only reasonable answer is STAY AWAY. But there are other kinds. As many as our imaginations can envision.  But respect is always the best way to start, with any of them.


If this question were any question in the world, what question would you want it to be and how would you answer it?
Wow. This is a really hard question. So open-ended. Something about inspiration, perhaps. Because stories can come from so many different and sometimes surprising places. Sometimes, even I don’t remember the seed that actually started a story growing in my imagination. Sometimes, I do.


For example, THE BARD’S GIFT started with a writing prompt on a writers’ forum I belong to. The prompt was “Slave to the Flame.” I wrote a little fable about the first dragon to learn how to breathe fire for that challenge. Unfortunately, the word-count limit didn’t leave me room to come to a happy ending, so everyone hated it. After the challenge, I rewrote the ending and, since it was in the form of a fable, I wrote a framing story about the girl who told the fable. (That’s available on Amazon as “Wyreth’s Flame”, by the way. But that framing story had more possibilities, so, eventually I filled it out and it became THE BARD’S GIFT. Chapter 36 and “Wyreth’s Flame” are as near the same thing as makes little difference.


I have another story, currently titled MAGE STORM (but that’s subject to change), that was also born from a writing prompt. This one was “Cinders of the Great War.” Someday soon I’m going to get back to that one.


DAUGHTER OF THE DISGRACED KING actually started as fan fiction, almost. I don’t write fan fiction, but sometimes, when a story I’ve read has really grabbed me and I happen to be mired in revisions (which really don’t give my imagination enough to do), I will let my mind wander into “what would happen next?” while I walk the dog or wash the dishes. This time, I came up with enough of a story that I wanted to run with it. So, I reframed it into an entirely different setting, changed nearly everything else but the plot, and started writing. It was supposed to be a novella, but this other character showed up and nearly took the thing over. In a good way.


My current work in process is loosely based on—maybe inspired by would be a better way to put it—the original Greek legend of Hercules. Not what Disney did with it, which has almost nothing to do with anything the ancient Greeks would have recognized. In particular, two aspects of that legend seem to be rife with story possibilities. The first is that Hercules had a near-twin who was not the son of Zeus. Poor Iphicles. The only other thing the legend says about him is that his son was Herc’s charioteer. Iphicles didn’t even get to be the sidekick. He was relegated to being the father of the sidekick. There had to be some serious sibling rivalry, at least on his side of things. The second is that while Hercules’s personal life was basically a disaster (thanks to Hera), in the end he did become a god. Just what in his experience prepared him for that?


Other stories of mine have come from dreams or strange-looking trees (“Heart of Oak”), and some seeds I don’t even remember. So, yeah. Story ideas can come from anywhere. 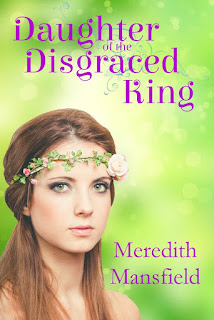 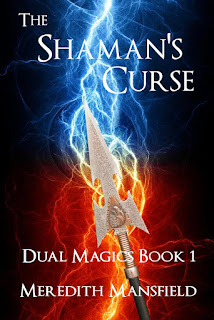