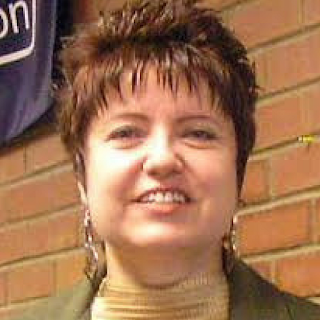 Author Autobiography:
Anna del C. Dye was born in Valparaiso, Chile amongst some of the world's most famous beaches. She grew up the middle, after her twin, Elena. Her mother died when she was six, but Anna was lucky enough to find a new mother in her husband's mother whom she loves dearly. Anna accredits her mother-in-law with teaching her many things in life.
After meeting Rodney, a native of Idaho, in her hometown, Anna traveled to Utah on Christmas Eve and married him two weeks later. An article about their love story, Why Me? was published in spring 2010 by Covenant in the book Angels Round About. Anna and Rodney reside in Taylorsville, Utah and are the parents of three princes and a princess.
Early on in her life, Anna showed an affinity for sewing and took classes that rewarded her with the opportunities of doing costuming for the cast of four musicals, and a movie, which she enjoyed immensely. She is in charge of the costumes for the Elf Court in Utah's own Fantasy Con. She is fluent in both English and Spanish.
Anna is an accomplished, multi-award winning author. She received the Editor's Choice Award from the International Library of Poetry. Second place for the first page of A Kingdom by the Sea. Bronze medal for Elfs in a Conquered Realm.  Her short story entitled Amerine—Fairy Princess won an award in the Oquirrh Writers contest and was published by Kalkion Magazine. Her article, A New American Mother, was published by Desert Saints Magazine. Other articles about family and relationships have been published frequently in the MOMS CLUB® of Salt Lake Valley-West.
She is the author of The Silent Warrior Trilogy and four other books in her Elf Series. Anna has also published an electronic book for sixth-graders name Emerine's Nightmare. From her new A Royal Romance Series, A Golden Princess is the stand alone book three of this series.


Anna holds a yearly Book Drive in her community and has given more that 250 books to 6 different Elementary Schools and another 1000 to 3 different Senior Centers in Utah. 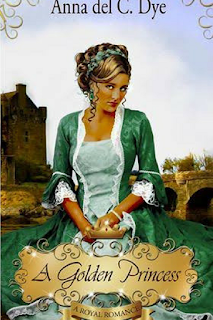 You find a talking animal. What sort of animal is it and what's the first thing you do?
It is a cat and I would like it to tell me everything about his life and then I would turn him into the character of my “cat book series” for children.

If you were to plan a "literary crossover" where the casts/worlds of two books (or series of books) were to combine, which would you choose and how would it go down?
What about elves and steam machines. I wonder if that would make them Steampunk Elves or Fantasy Elves Steampunk
That could be a great story, full of elves who figure out how to use steam engines and travel through time. Hmmm, I think I have something there.

If you could change one substance into another substance (lead into gold, water into wine) but ONLY that substance and only to the one other substance, what would you choose?
I would like to turn leaves into money. I would never run out of them.

If you woke up tomorrow and realized you were now a dragon, what would you do first?
Give thanks and then try out my wings. Man that would be so awesome. I'd probably leave the breathing fire part to last...I've had heartburn before.

If you favorite historical era had an ice cream flavor made in its honor, what would it taste like?
Smoked vanilla. In medieval times, you cook and heat yourself with wood. So, everything and everyone smelled like that. I imagine the food and pastries would too.

Who is your fictional best friend and what activities do you choose to do together?
Adren, the last princess of Menarm. She is half elf and half human and a great warrior. She is the main character in my Silent Warrior Trilogy.
We'd probably have fun sword fighting until I drop. She could run circles around me. And ride horses all day.

You have to trade places with one of your characters for a day. Which and why?
Nyala, Princess of Kaloma, the main character of my new Royal Romance. She has an accident that makes her doubt everything she took for granted before. One day this stranger comes to meet her and she feels connected to him in many ways. Forgetting caution and decorum she lets him get too close to her. The most wonderful happiness brightens her soul every time he comes to see her. I would like to have those feelings in my soul for a day.

You have superpowers. What are they and what do you do with them?
My super power is the ability to create new worlds and the inhabitants within. I already used them to create Andoria, the world where my elves, trolls, dwarves, wizards and humans co-exist. Also, I have created whole kingdoms and their subjects, according to the dictates of my heart and mind.

If this question were any question in the world, what question would you want it to be and how would you answer it?
Anna, what is the name of your new book?
It is, A Golden Princess, a Young Adult, clean medieval romance, just published Feb 2017. 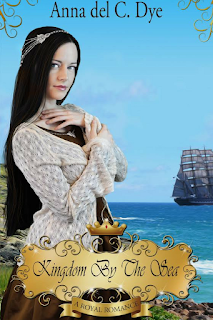 On Amazon
On Smashwords 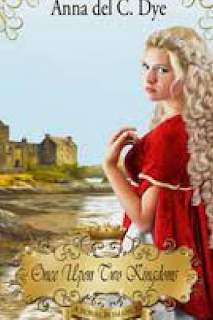