DISCLAIMER
The H. L. Burke Random Interview is not like other interviews. The questions are all over the place. They have no purpose. Their purpose is their lack of purpose.
There are nine questions because cats, but these nine questions are subject to change without notice, so the questions one person answers may not be the questions answered by the next author.
A coach pulled my majestic turkeys pulls into the courtyard! Who is it? Well, it's our next author: Destiny Shirley!


Destyni Shirley is a budding entrepreneur and writer, having founded her own publishing business at the age of nineteen. She loves animals of all shapes and sizes. Currently, she is the proud mommy of a dog, a cat, five turkeys, and a little house mouse she rescued from a trap. She is a voracious reader and writer of both epic fantasy and science fiction. Have a book with complicated plots? Growth and development of real characters? She's game. Her favourite written works to date include The Lord of the Rings by J.R.R. Tolkien and The Well At World's End by William Morris.

Tree House or Cave? And why?

Cave-house in a tree. Because mud daubers. Seriously, have you seen the insides of their cute little nests? They're like churros you can live in. They look so cosy. And also spiders are crunchy.

...I could go on for another eighteen or twenty hundred verses, but I would not want to subject anyone to that kind of torture for longer than is absolutely necessary.

Did you bring me anything?

*ahem* Why yes, yes I did. It was carefully selected from my Hoard of Interesting-Things-Which-Somehow-Ended-Up-In-My-Pocket. For a long while I was torn between the pink jellybean and the spring, then I thought maybe you would like one of the keys to lost doors, but ultimately I decided on the tiny carousel horse. It is a splendiferous treasure. But if you would prefer either of the prior treasures, do let me know. 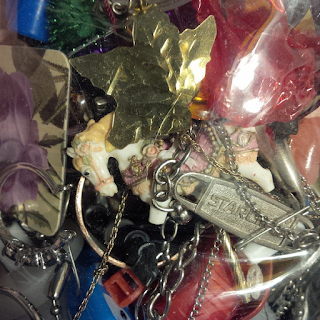 Sherlock Holmes vs Doctor Who (any Doctor, really). The battle of wits and debonair sarcasm would please me deeply.

What film era do you feel best represents your day to day life?

Silent Films. The ones that are supposed to be super dramatic but the message is lost over the next generation and you actually end up just busting a gut watching them today.

You're the next Disney princess. What fairy tale is your full length movie and how would you use your new ability to control woodland creatures?

You know, The Yellow Dwarf would make a pretty good full length movie if a few brilliant Disney minds would mould it from the random putty it is now into an actual story with a point and a happy ending. I wouldn't be the princess though. I'd be the crazy faerie lady with pet turkeys (link to blog chronicling my turkey misadventures) and emotional mood swings. 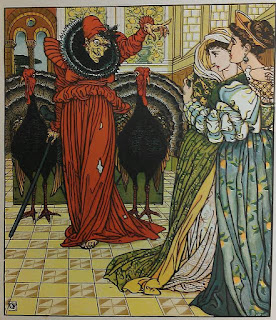 The Flying Dutchman is offering you three wishes. How do you maximize your wish potential?

I'm a very easy creature to please. Just grant me a large plot of land with water, water rights, and a homestead to live in. I can work with that. I'll make the rest of my wishes come true on that.

In your opinion, which is the best space ship?

Ack, I can't remember it's name, or if they even gave it a name. Nausicaa: Valley of the Wind, the last scene where the people are all hiding in the wreckage of this ship before the Great Warrior is released and the Ohmu descend upon them. The one that Kurotowa mentions is said to have navigated the stars? That one. Its crumbling remains stir the core of my imagination. How did it get there? Where did it come from before? Why did it hold such significance to the people, thousands of years later? I seem to recall doing a little bit of research on it and what it was based on, but myeh, it all escapes me now. Anyway, the essence of what intrigued me about that ship inspired quite a history in my own stories.

I feel as though I have just been given limitless power, and I have no idea what to do with it. Maybe I'll let those aforementioned pet turkeys poke at it. Hum, no, let's see... how about if the question were, "If your book is finished, why have you decided to launch it in monthly installments on a website rather than publish it outright?" My answer would then be, well, a smile and a shrug. And then I would put a little more thought into it and say, While it is and always has been a goal of mine to publish SJORIA "for real" as a solid paperback and as an ebook, I'm an explorer at heart. I always have been. I want to try new things, or even old things in new ways. So I took my little odd duck of a story and I'm putting it together as a web novel for the experience of trying something new and seeing what happens with it. It's been a great experience for me, so far. Since most of my readers at this time are busy-busy college students, I've been releasing each chapter a month apart so that they can keep up with the story without falling behind in their studies. Due to this, I have had to look at each chapter as it stands on its own merit, without the rest of the book to bear it up. As far as the editorial process goes, this new perspective for me has been invaluable.

Right now SJORIA is heavily in the "art" phase. I am... errr ...splashing paint on a canvas and then setting it on fire to see what effects it can make, I guess you could say. I haven't even begun to crack the "business" phase where I would try to sell to someone. I do still plan to publish SJORIA "for real" eventually. Probably some time towards the end of next year. All future installments in the SJORIA series after The Silence Before The Song will also be published "for real". But, for right here and now, I'm enjoying tinkering with my pet project... and setting her on fire from time to time ;) 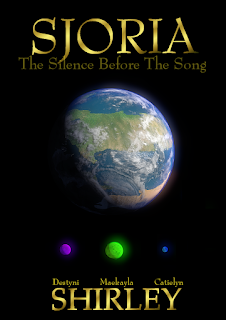