DISCLAIMER
The H. L. Burke Random Interview is not like other interviews. The questions are all over the place. They have no purpose. Their purpose is their lack of purpose.
There are nine questions because cats, but these nine questions are subject to change without notice, so the questions one person answers may not be the questions answered by the next author.
We open up a book. There is an explosion of glitter and a burst of butterflies and suddenly our next author has arrived! Lauren Lynch! 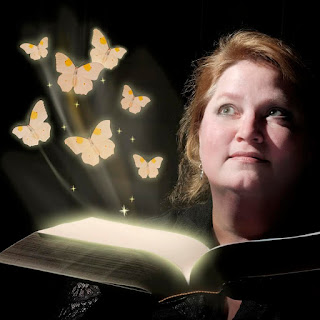 
Lauren Lynch is a passionate believer, book lover, artist, and indie author. She is also a wife, mom and church communications director (all of which seem to involve being the only female in the crowd, therefore, she deems herself a princess). To learn more about her, visit www.laurenlynch.com. 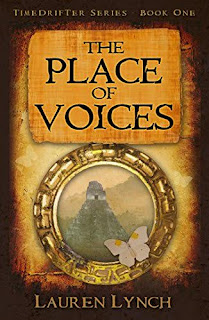 Which of the following potions would you like to possess: a Love Potion, a Sleeping Potion, an Invisibility Potion, or Coffee? I honestly believed I had powers of invisibility as a child. Seriously. I've always had "fly on the wall" observation skills and "fly under the radar" powers that could make me a Survivor show finalist. This has served me well as both an artist and a writer. I love to people-watch and most people don't notice me noticing them ;) There are nights, however, when I might trade it for a sleeping potion (for myself). I have NO trouble falling asleep, but can't seem to stay asleep. I'm often up for a few hours between midnight and 3 a.m. But this also serves me well as a writer. While the rest of my household sleeps, the kingdom is ALL MINE. And it's very, very quiet. And writing happens! It's almost magical. Can you simply walk into Mordor? Possibly. Because of the invisibility powers. But you'd have to force me out of the Shire kicking and screaming first. If you had to board yourself up in a store to wait out the apocalypse, what store would you choose? I'd probably load up on foodstuffs at the Cheesecake Factory and then head over to the ThinkGeek Store where survival gear consists of ping pong ball launchers, stormtrooper costumes and canned unicorn meat. I've never been that practical … but then I could go out laughing maniacally. How much wood would a woodchuck chuck if a woodchuck could chuck wood? He would chuck, he would, as much as he could, if a woodchuck could chuck wood. If your favorite historical era had an ice cream flavor made in its honor, what would it taste like? My head has been stuck in the first century for several years now where they think dormice and peacock tongues and sea urchins are delicacies. Any dessert would have been Honey Nut something or other (take your pick for the Crunch), but we'd have to give it a silly name like Rocky Roman Road or maybe Dormice Tracks. Who wrote the book of love? I wonder, wonder … hmmm … either Jane Austen or zombies? (In my case, it was probably a joint effort.) You have to trade places with one of your characters for a day. Which and why? I'd love to trade places with Elena from book three in the TimeDrifter series, The Tower of Refuge (to release soon!). Elena's got spunk. She lives a pretty carefree, adventurous life, changes hair color with her mood and her animal guardian is a horse who takes her on wild rides but is also always there to help her out of predicaments. You have superpowers. What are they and what do you do with them? I do have superpowers. Thank you for noticing :) One is empathy. I can feel my characters' thoughts, motivations and feelings as they come to life – almost painfully so. They almost always appreciate that I "get" them. Most of them are very close friends now. Even so, they can pester me at the most inopportune times if they feel I've written them improperly … like when I finally fall asleep, or when I'm driving and can't jot down what they're telling me … even in the shower. It's a problematic superpower, but I really couldn't write well without it now, could I? If this question were any question in the world, what question would you want it to be and how would you answer it? Random question 968: What inspires your stories? (Mayans and koalas and orphans. Oh, my.) The world is such a fascinating and mysterious place. Ancient history and exotic locations really intrigue me … lost cities, archaic cultures, dead languages. In my opinion learning is one of the most enjoyable parts of life. I also have a tendency to be curious about the unusual, quirky or misunderstood. Whether we want to admit it or not, humans are very spiritual beings, always searching for greater meaning in life. We each develop a distinct worldview based in our unique experiences. I enjoy examining that journey of growth and enlightenment. I love digging into recorded historical events and filling in the blanks in my mind—imagining the unique perceptions of those involved. Weaving in fantasy elements entertains me. It’s like an extra dollop of icing on the cake of reality. 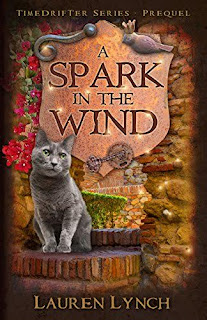 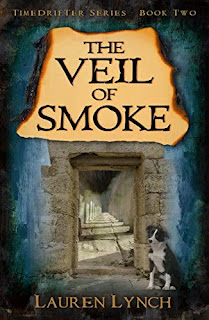