J. Philip Horne probably shouldn't be alive. Born in Florida, he grew up overseas for the most part, spending much of his childhood in Liberia and Micronesia. During those years, he experienced numerous attempts on his life. The wannabe killers included malaria, spinal meningitis, blood poisoning, a staph infection in his heel bone, a close encounter with a green mamba, and other cold-hearted foes.

From his earliest years, his parents read to him fantastical stories from wonderful worlds. Narnia and Middle Earth featured prominently, and had his youth been a generation later, he would have certainly encountered Hogwarts at a young age. Through his teen years he read stories by many other authors and experienced a host of new worlds.

After dabbling in writing for many years, he finally got serious and wrote his first novel in 2011. He has continued to write ever since. He currently lives in Dallas, Texas with his wife, four children, two dogs, two rabbits, and several literary aspirations. 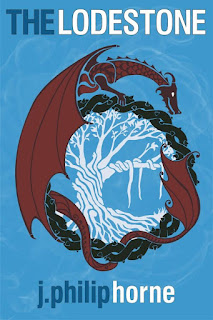 Congratulations! You are now president of this blog post. What's your first executive order?
I give great answers. Just tremendous answers. People love my answers. But we need to get the questions under control. Too many questions. So for every question I answer, two must be retracted!

Sum up your life in five words and two punctuation marks.
Texas called, I answered, home

Fill in the blanks. I am a were____ but I only turn when the ___ is ___.
1) pufferfish   2) tide   3) purple
Honestly? They told me the bite had come from a shark. That first purple tide was super disappointing. The really unfortunate reality for werepufferfish is just this—though they change on the purple tide, they aren't necessarily *in* the purple tide. I could be taking in a movie, and in that initial adrenaline rush, if I inflate, it is terrible to behold indeed.

If you could live inside a theme park ride, which would it be?
If you'd stopped at theme park, I'd have immediately said Sea World. But a ride? I once lived briefly on It's a Small World. As a small child, the boats broke down while we were deep in the heart of a culture inhabited by very happy people. The song echoed in my brain for weeks after that. So not It's a Small World. No, I'm going to have to go with Disney's Peter Pan's Flight. That ride is magic.

On a scale of 1 to 10, what do you think your chances are of surviving the zombie invasion?
It really depends on which zombies we're talking about. My standby zombies are the Reavers from Firefly. I'd be hiding behind River Tam and hoping for the best. Maybe a 3.

You're the next Disney princess. What fairy tale is your full length movie and how would you use your new ability to control woodland creatures?
First, let's acknowledge that Disney has a colossal failure of a movie on their hands if I'm the next princess. That said, I'm the oft-overlooked Princess Daisy. She's not really a princess. More of a Duchess. Of Hazzard. And her woodland creatures look a lot like barnyard animals.The story revolves around Duchess Daisy using her abilities to coach up one of the pigs until it wins a blue ribbon because it is simply RADIANT.

The Flying Dutchman is offering you three wishes. How do you maximize your wish potential?
First wish: to know all the detailed rules governing wish fulfillment by Flying Dutchman. It's not something you really focus on until you're in the moment, and then it's too late. You need to avoid pitfalls. There are always pitfalls. Better two really good wishes than three lousy ones.

In your opinion, which is the best space ship?
Serenity. I've already mentioned Firefly, right? I loved the way the show created such an intimate, real sense of the interior of Serenity. The no-cut walkthroughs were fantastic. It grabbed the best of Star Trek, with Kaylee standing in for Scotty as they duct-taped their way across the solar system, and the Millennium Falcon, with its embodied cowboy / western sensibility at the heart of the show.

If this question were any question in the world, what question would you want it to be and how would you answer it?
Q: Where should I send the money? A: Here's my Paypal email address. No, not really. Unless... 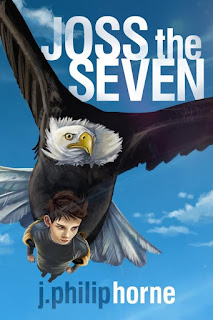 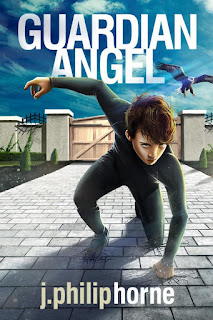