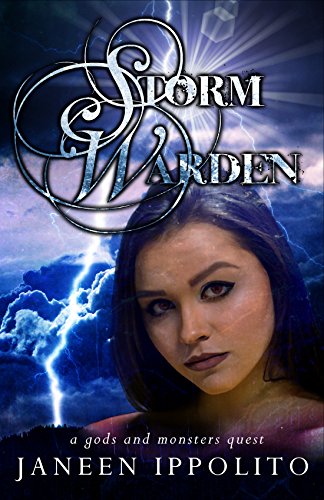 
Sometimes your destiny is worse than your curse.Maiwa is god-cursed.Struck with magic by a careless god, a Storm Warden, she lives as an untouchable in her small seaside village. After the death of her parents, she leaves for adventure and a carefree life without the prejudice of others. Until another god steps in, pledging loyalty and claiming they are long-lost loves from a past she doesn’t remember. Tyrius Stormsong is handsome, audacious, and far too perceptive for her liking. He embraces her scars and dares to insist she isn’t cursed, but is instead a formidable mediator between the gods, mortals, and monsters. Trusting him is instinctive, which is why Maiwa would rather not, even though her heart says otherwise. But then death unicorns start haunting her steps and a Storm Warden threatens trouble; suddenly, Tyrius’s words don't seem so far-fetched.As powerful forces circle Maiwa, desiring the rare magic she bears, one thing is clear: having a curse would be a lot easier.And the god she can’t resist might be her only hope.A mythology/fantasy novella where the gods are real, the unicorns are deadly, and forbidden love comes with a side of snark.

I enjoyed this quick mythological romance. It has a lot of banter and snark and enough chemistry between the leads to keep it interesting. Also ... death unicorns.

I'm curious to see where the series goes next.