Angie Grigaliunas (grig-ah-loo-nas) is a fantasy writer and blogger. She loves Jesus, the woods, the stars, and has always wanted to be a superhero with a secret identity. She lives in Ohio with her husband, their goofy dog, and their four crazy cats.

If you had a store, what would you sell?

Chickens! That’s the first thing that came to mind. That’s lame. Let’s see… I’d sell super soakers that, when filled up with anything but water, give you superpowers according to the color of the liquid. Well, they give superpowers to whoever the spray hits, that is. If you want to give yourself superpowers, I guess you’d have to super soak yourself, which might be kind of awkward. Or, if you have a friend, have them soak you, but not in the face. If you get it in your face, you’ll turn blue and lose your nose hairs. Don’t ask why. I don’t know how they work; I just sell them. I’d also sell cats, but magical ones with healing purrs and whiskers that change color depending on their mood. Also, they’re telepathic, though they don’t like talking much. They do, however, like to tell you that you’re in their post and that they just coughed up a hairball in a hidden location. And books that actually take you to the world they involve. …On second thought, that’s a bad idea. *scratches that one out*

Keyboard for me. Crayons, I always break. Always. Except for a few times when I didn’t because they were already broken. Pens are great, but my handwriting is so messy when I’m trying to write quickly. It’s awful. And pencils just aren’t dark enough. *cackles and coughs* Anywho…

When cats take over the world, how do you plan to win their good graces?

By feeding them. Mine love me when I feed them. Also, I will let them have lots of boxes and high places to sit and stare down at their pathetic – I mean, loyal – subjects. I will also pet them behind the ears and give them lots of string to play with. Also, catnip. Lots of catnip. That’s what I’ll sell at my store! *makes notes*

If you were the captain of a space ship, what would its mission be? Exploration? Colonization? Partying?

Exploration! But not too far from home because death. And cold. And monsters. Actually, yes, let’s go there.

During an alien invasion, what would be your weapon of choice?

See, this depends on what kind of aliens they are. If they’re like the ones in Signs that can be killed with water (spoiler), I mean, I’d stock up on the super soakers (good thing I sell them, right?). If they’re the massive machine-like ones from War of the World, I think guns would be good. Guns are probably always good in this situation, actually…

You can time travel in an oddly specific way that only allows you to visit other authors. Where do you go and what do you do?

*cackles* I would go visit all my author friends and kidnap them and take them to a castle in Ireland. Or Germany. I want to go there too. *makes note to self to meet a writer who lives in a castle in Germany*

Which natural element (earth, wind, fire, water) do you feel the greatest kinship with?

Probably fire. I love fire. It mesmerizes me. It’s like a snake charmer, except it’s an Angie charmer. Which is far better, because I give backrubs and can cook things like macaroni and cheese and delivery pizza.

What mythical creature do you most wish to be real?

Can I say my own? They’re not really a myth…and they also hate humans, so they might kill me… BUT I JUST LOVE THEM.

If you had to board yourself up in a store to wait out the apocalypse, what store would you choose?

Sam’s. It has everything. Haha! Or Walmart. I could use the locals as bait to draw the radioactive monsters away from me.

Hahahaha! I had to read this like four times before it connected in my head. Okay. Let’s see. I would want you to ask me what I want to eat for dinner, and I will say ice cream…because I’m an adult, and I can eat whatever I want for dinner. And in this case, it’s ice cream. So yes. 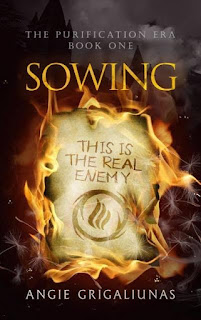