Bio:
M.J. Bell is an award-winning author (Gold award from Mom's Choice Awards) of the Teen/YA Fantasy trilogy, Chronicles of the Secret Prince. Having escaped the mosquito infested land of Iowa where she grew, and the scorpion-infested land of Arizona where she was transplanted for way too long, she now lives happily ever after in Colorado as a full-time writer, full-time diaper changer, full-time cheerleader, full-time cook/housekeeper, and full-time taxi cab driver.

If you had a store, what would you sell?
I've always thought it would be fun to have a combination Book and Costume store. Not the cheap costumes you see in stores at Halloween, but real, well-made costumes, wigs, shoes, and accessories of the characters in the great books that would be available in the store. And of course, all the books and costumes would be fantasy/steam punk based, as that is my passion.
Sum up your life in five words and two punctuation marks.
Rebel with a writing fetish!!
Pirates, Ninjas, or Vikings? Choose carefully.
Tough choice, but I'd have to go with Vikings. I mean, who can resist blonde hair, blue-eyed hunks with furs and horns!
Technology or Magic?
I'd choose magic, because I believe the world needs a little more magic. And technically, if you think about it, the two are kind of interchangeable, because forty or fifty years ago today's technology would have been considered magic.
You have to trade places with one of your characters for a day. Which and why?
It'd be fun to be Tiff, my little Sprite, for a day. She's fun and innocence, but also bold and doesn't let her size hold her back.
In your opinion, which is the best space ship?
My son's might just disown me for not choosing the Millennium Falcon (so let's keep this a secret between you and me), but I really do like the Gunstar from The Last Starfighter, one of my favorite movies, the best.
If you could live inside a theme park ride, which would it be?
This is an easy one! I am a total Harry Potter nerd and LOVE anything and everything that has to do with HP. So Harry Potter and the Forbidden Journey would be at the top of my list. It may not be the true Hogwarts, but it's close enough and I'd love to be able to roam those halls and explore it more closely, and maybe even find the Room of Requirements!
What’s the most important lesson you ever learned from a cartoon?
Wile E. Coyote taught me several lessons: don't ever give up; buying lots of stuff will not bring happiness; and the one I probably should have paid more attention to—have a goal, but don't do stupid things to obtain it.
Do you consider yourself a cat person, or a dog person?
I'm an animal person – most every kind that's out there. But NO reptiles! My first choice between a cat and a dog, though, would be a dog.
If this question were any question in the world, what question would you want it to be and how would you answer it?
Question: Do you think your books will ever be as popular as J.K. Rowling's?
Answer:  I sure hope so!! (but I'm not holding my breath!) 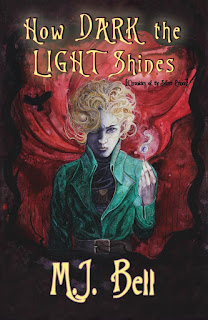