Review: The Beast of Talesend by Kyle Shultz

The Beast of Talesend (Beaumont and Beasley Book 1)


Private eye Nick Beasley lives in a world where fairy tales ended a long time ago – where zeppelins now soar the skies instead of dragons, and where the first automobiles have taken the place of flying carpets. He’s made a name for himself across the Afterlands by debunking fake magicians and exposing fraudulent monsters. This is the modern age, after all. Magic and monsters are long gone.

At least, that’s what Nick believes. Until he gets magically transformed into a monster, that is.

The only person who may be able to help Nick is Lady Cordelia Beaumont, one of the last enchantresses in the Afterlands. But in order for her to cure him, they’ll have to retrieve a powerful artifact from a ruthless crime lord – who is also Cordelia’s father.

The fate of the Afterlands lies in the hands of a runaway enchantress and a monstrous ex-detective. What could possibly go wrong?

Perfect for fans of Doctor Who, Once Upon A Time, or The Dresden Files, the Beaumont and Beasley series features high adventure in a world where fairy tales are history. 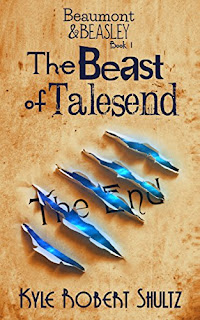 This book is so much fun!
I've read a lot of fairy tale detective attempts that got things wrong, so it is refreshing to read one that gets it right, mainly with the world and characters. Yes, they are exaggerated and larger than life, but they remain relatable with believable flaws and strengths. While nothing comes too easily, they also avoid the "characters bumble around like idiots for easy laughs and to make the plot go longer" mistake.

One thing it does so very, very right is committing to the world and characters. They are written "real" with more than one layer rather than a veneer of "this is a type of character you've seen before so you will recognize them and I don't need to try any harder" that you often run into in this tongue and cheek type of fiction. The world is believable and grounded while still retaining a bit of self-referential snark.

There is a fun, old Hollywood feel to the story. Like I can see Nick cast as Jack Lemmon or Bob Hope in a Ghost Breakers style movie. 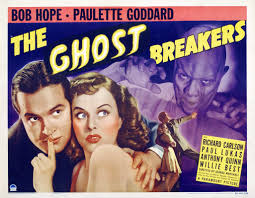 Nick is a pleasant mix of over-confidence and vulnerability. Cordelia is unpredictable but competent, more flexible than Nick, resilient but believably damaged by a backstory that is subtly hinted at.

This reads as a complete tale (though a few important story points are left unresolved for sequels as well as hints of future adventures) which I would highly recommend.