I read a LOT of shorter fiction, and sometimes if I've read multiple shorter pieces I'll combine them into a single blog post rather than spread them out over individual posts. So ... here I go. 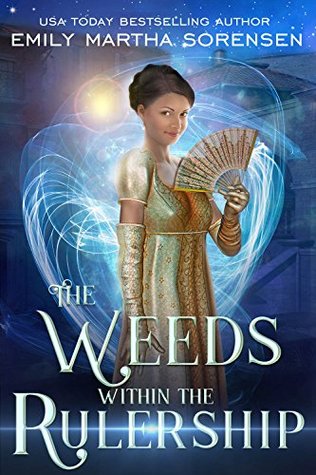 The Weeds within the Rulership


Raneh's really worried that she has magic and it's forbidden.


But she gets a slight distraction when the boy next door gives her a bouquet of weeds.


First off this story (as of last time I checked) is free, and as I said in my heading to this post, I'm not a stranger to short stories, and I do not rate stories down simply for being short. That said, I didn't really feel this was a story. It felt like a sample chapter of a larger work, lacking a real arc, more of a set up than a self-satisfying tale.


However, the writing is fine, the character (while she seemed a little older than the twelve years she supposedly has) was fine, the world and premise seemed intriguing.


It would be a good thing to check out to see if the style of the author is something for you, so this isn't a "don't bother" review so much as a "sure, try it, because it is free and you can read it in under ten minutes." If you like it, you might want to move on to the full length books in the series. 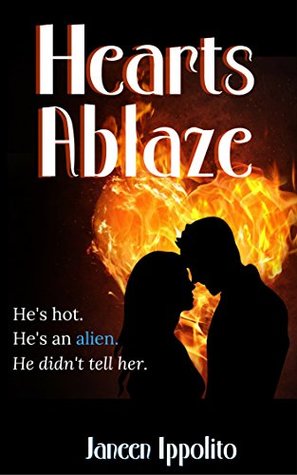 Anthony Salamandras is the perfect boyfriend: attractive, wealthy, caring, and fine with hanging out in the library while Kelley Vanders-Froggett studies for her senior year of college. Sure, she’s never seen his family or visited his home, but details like that can be sorted out after graduation.

Then he pops the question –and sweeps Kelley off to another planet. Now she’s dealing with alien future in-laws, creepy lizards, and a fiery transformation. Not to mention a fiancé who has no clue that this is not how Earth girls celebrate engagement.

Kelley’s in over her head. But one thing’s for sure: Anthony’s gonna find out just what this daughter of a vacuum cleaner repairman is made of.

A short romantic satire with a sweet core and a fiery happily-ever-after.


My husband couldn't believe I was reading this when he saw the cover. He thought it looked exactly like it was what it is making fun of, but that's kind of the point to it. There are a lot of ridiculous paranormal romances out there that are in need of a good send up.


That said, I'm not sure I'd call this a full on satire because it is actually very good-hearted and rather than make fun of some aspects of the genre, it kind of fixes them


For instance, we all know the "hunky (fill in the blank with your paranormal being of choice. Vampire, Werebear, Alien, Cockatrice) alpha kidnaps his choice of mate and then wins her over through his fiery passion cliche that is like somewhere between idealized Stockholm Syndrome and full on Rape-Fetish? Well, Anthony isn't a boorish alpha convinced he will tame the defiant beauty he has taken against her will.


He's just really, really clueless in kind of a wide-eyed fluffy sort of way (seriously, I know he's supposed to be an alien fire-elemental with horns and scales, but I kept imagining fluffy bunny).


And the humor is pretty great, too. A lot of fire/heat related puns, yes, but just generally it makes you smile.


Kelley was sufficient. She didn't interest me quite as much as Anthony (mainly because she's kind of the "straight man" in the comedy sense), but I liked her pragmatic family and a lot of her lines were really great.


My only real complaint was that I wanted more of his family, the snobby fire elementals who don't think she's good enough for their son and kind of want her dead. I actually could see that going in a lot of fun directions, but we leave that section of the story behind very quickly (maybe a sequel where they end up back on his planet with that half of the family drama will be available at some point? I don't usually clamor for sequels but that one I feel we need).


According to my kindle, I read this in a little under 45 minutes. Quick read, but worth while. 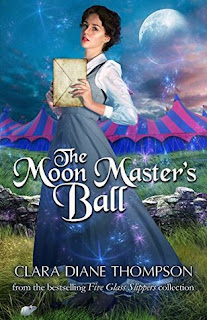 A Magical Retelling of a Beloved Fairy Tale!

After her terrifying experience there several years ago, the one place young housemaid Tilly longs to avoid is Bromley's Circus. But when kindly Lord Hollingberry begs her to deliver a message to the mysterious Moon Master hidden away among the circus dwellers, Tilly can't refuse . . . and finds herself ensnared in a web of enchantment cast by the loathsome Mrs. Carlisle and her beautiful goddaughter.


Starting with the positive:

Well written in that the writing didn't stand in the way of the story and I never felt it "tripped me" up.

The world was beautiful and intriguing and left me wanting more but not confused about how anything in particular worked. Right amount of explanation, description, atmosphere, well integrated.

The story had some unexpected twists. At first some of the clues seemed to be leading to something werewolfish going on (and the title might've been nudging my brain in that direction), but without spoiling, it took a turn that was unexpected but not unsatisfying, which is hard.

Tilly is not an interesting character to me.

There's a point in the story where another character tells her she is special, and my immediate response was, "But why?" I mean, sure, everyone is special, but Tilly is not particularly so, and she doesn't do anything special. In fact, until way past the half-way point she doesn't do much at all except what she's told (not in a subservient way. I mean, she's a maid, and doing what your employers say is called a "job" and there's nothing wrong with doing a job, but doing a job does not make you special ... and the job itself is not particular difficult and definitely not interesting). Her repeated refrain of "just wanting to lead a normal life" didn't resonate with me.

She's one of those "safe" characters who is nice enough and who shows enough spirit but doesn't really stand out as someone I want to spend time with.

Also, it was well past the half-way point that the character took any sort of action and even then, again, it was going where she was sent to do something that it didn't feel like she was particularly interested in doing.


There are some spoilers past this point because I can't break down why she didn't work for me without getting somewhat into her choices. If that bothers you or if what I've said so far is enough that you are intrigued in spite of me not liking the character, the story is available as a part of this anthology 0f Cinderella re-tellings. You can pick it up and judge for yourself.

There's a point where she is told that she's needed to help someone ... and her immediate response is to not want to do it.

Then chapter break, and now she wants to do it because it is the right thing to do ... but we don't see her go through this mental journey.

The reasons she doesn't want to do this arguably "just a good human thing to do" are, again, throwing us back to that "normal life" she wants to live.


Then the whole thing with Rodger ... why was he even in this story? At first I was wondering whether that was going to be a cool twist. If "Cinderella" would reject "Prince Charming" because she prefers her long time friend ... no, he makes his desire apparent to her, and she turns him down, which is great, that's her right (though she had a way of doing it that was almost trying to make him feel ashamed "our friendship ended when you decided you wanted more ..." like "oh, dang, you ruined a good thing..." turn him down, girl, but come on, don't make the poor guy feel bad for falling in love with you unless he decides to be a creeper about it ... and second spoiler point with Rodger, after this point, I assumed that this was headed in a "Rodger is going to do something out of jealousy that turns him into an antagonist," because why else would you set this guy up to obviously like her then get rejected if it wasn't going to be plot important ... ? No, he's just sort of awkwardly hanging around for the rest of the book with her being "sad" about it ...

Only for her to sort of maybe be with Jasper at the end.


Her accomplishments in the book are all fairly mundane. She delivers messages, feels sorry for the right person, delivers another message, is captured, then goes to the "ball," to "save" Jasper (it's not made clear how she's supposed to do this. Even Tilly complains about her instructions being vague) ... then her shoes glow magically allowing her to dispatch the bad guy with one kick.


I never got a real sense of her being in any danger or taking any real risks. I never got a sense she was doing something that any other human being couldn't have done under the same circumstances.


So yeah, Tilly being the lead took the whole story down several notches for me, but it was a short story and I did appreciate the writing and setting. If you are a voracious reader and you're okay with relatively "normal" rather than "interesting" characters, it could be everything you want it to be. I'm just really addicted to my characters having a little bit of "quirk" or something to keep me entertained.