DISCLAIMER
The H. L. Burke Random Interview is not like other interviews. The questions are all over the place. They have no purpose. Their purpose is their lack of purpose.
There are nine questions because cats, but these nine questions (10 this time because the owner of this blog is bad at counting) are subject to change without notice, so the questions one person answers may not be the questions answered by the next author.
It's a dark and stormy night. The thunder crashes. We're blinded by lightning and in, out of the rain, rushes our next author, shouting, "Come with me if you want to live!"
It's Intisar Khanani!


Intisar Khanani grew up a nomad and world traveler. She has lived in five different states as well as in Jeddah on the coast of the Red Sea. Until recently, Intisar wrote grants and developed projects to address community health with the Cincinnati Health Department, which was as close as she could get to saving the world. Now she focuses her time on her two passions: raising her family and writing fantasy. Intisar's current projects include a companion trilogy to her debut novel, Thorn, featuring the heroine introduced in her free short story The Bone Knife, and The Sunbolt Chronicles. 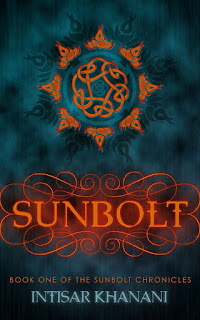 What's in the box? What box? How should I know!? You're the one standing there with an imaginary box!
Must be take-out! That, or the shriveled remains of the evil king’s heart, as sliced out by the huntress he sent out to kill his dear, lovely stepson (the fairest in all the land). Huntresses are tricksy that way.

Best writing tool: pen, pencil, keyboard, or crayon?
Pen. Not only is it mightier than the sword, but it doesn’t require sharpening. I actually do most of my writing on the computer (cue keyboard), but I work through my general outline and most plot problems with pen and paper. Something about switching mediums to one that’s a little slower helps me work through the questions at hand.

When cats take over the world, how do you plan to win their good graces?
I have a jar of catnip in my car. Just in case. (You think I’m joking.)

If you were the captain of a space ship, what would its mission be? Exploration? Colonization? Partying?

Oh, I think we’d be the anti-colonization ship. You know, going boldly to “new” planets in advance of the colonizers and making sure native residents have the chance to demand full protection from said colonizers in advance of their arrival. Or establishing protected planet status on behalf of less-advanced life forms that really don’t need us mucking up their world and acting like manifest destiny is a thing. (It’s not.)

During an alien invasion, what would be your weapon of choice?
A love triangle. I mean, what else could confuse them enough to stop their invasion while they choose who they most ship… and if they disagree with each other, maybe they’ll just obliterate themselves and leave us all in peace. (For the record, love triangles usually drive me crazy, but not to the point of obliterating others.)

You can time travel in an oddly specific way that only allows you to visit other authors. Where do you go and what do you do?
I get really nervous speaking to authors whose work I love but whom I don’t really know personally. I mean, part of me would love to meet Jane Austen or Robin McKinley (yeah, I totally put them together in the same sentence), but then what would I do? Invite myself over for tea? And then giggle nervously and drop my biscuits? Nah. I think I’d do much better as courier between authors and their favorite authors. I mean, wouldn’t it be cool to help start a conversation between a modern-day mystery writer and Sir Arthur Conan Doyle, for example? Think of the mentoring that could happen! Think of the possibilities for new, co-authored works with Shakespeare! What could possibly go wrong?

The trouble with Vogon Poetry is you have to be really good to be really bad. I mean, if I just wrote “Blarffie on a peanut, slimey on a grofflenut, rhyme-ie this a boffleput,” it’s bad, but it’s not reader-destroying. It’s just bad. So… after spending literally a week avoiding this question, here’s my best attempt, recognizing that I’m not a poet quite yet:

(Can you tell I’ve been doing a fairy tale unit with my daughters? Also, I’m sorry my worst isn’t worse.)

Can you simply walk into Mordor?
I hear it’s been done before…. There might have been some injuries involved, though. So no, I cannot. I may be willing to bobsled since it’s all downhill from Gondor, though.

If you had to board yourself up in a store to wait out the apocalypse, what store would you choose?
My seven year old is voting for a restaurant. Which makes me think I should be practical about this? So a lot depends on how long this apocalypse is supposed to last, and if we’re looking at surviving a meteor impact or hordes of zombies or a deadly viral outbreak. Or all three. Assuming all three, because we all know that when it rains, it pours, I think I’d be looking for a military surplus store, preferably located in an underground bunker, and containing enough dehydrated food, water purifying tablets, and toilet paper to last a few months. Since I’d have my Kindle with me, and my daughter would have her restaurant, I think we’d be all set. Military surplus stores totally carry toilet paper, don’t they?

Unfair. I’d like to be the one asking the question of someone else, pretty please, who has all the answers. Because I really need to know how to write a one-draft wonder (revision is miserable! And also by far the longest part of the process!), and how to cook without actually spending any time in the kitchen (unlikely, but how awesome would that be?), and exactly how much wood a woodchuck would chuck if a woodchuck could chuck wood (don’t tell me you haven’t wondered that yourself)…. 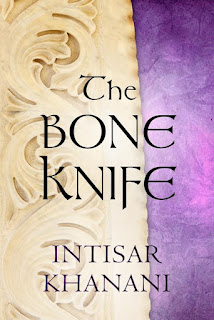